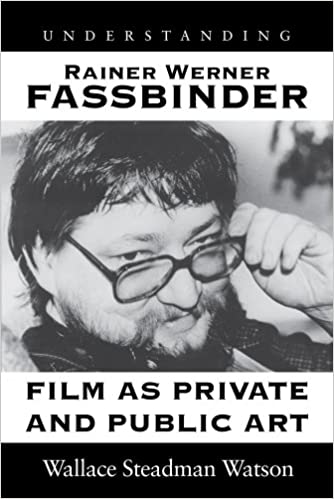 Film As Private and Public Art

Understanding Rainer Werner Fassbinder introduces scholars and students to the controversial and prolific but brief career of a filmmaker hailed as one of the New German Cinema's most talented exponents. Combining a chronological survey with a thematic exploration, Wallace Steadman Watson reviews the entirety of Fassbinder's artistic output, focusing specifically on fifteen of the filmmaker's thirty-eight feature-length works.

Wallace Steadman Watson is a professor of English at Duquesne University in Pittsburgh, where he teaches film and modern British and European literature.

"Watson provides a far more intelligent analysis of Fassbinder's adaptations than will be found in other books. . . . It has the heft and feel of a labor of love that is both scholarly and eminently readable, a book that will be consulted for years to come."—Literature/Film Quarterly