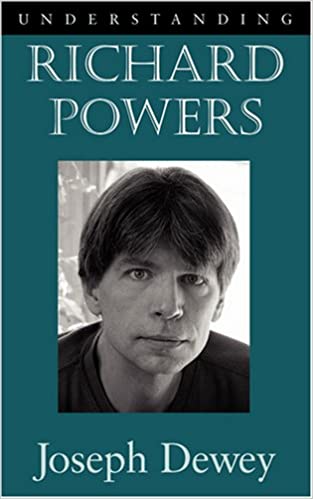 Understanding Richard Powers presents an introduction to one of the most important and admired writers to emerge in the post-Pynchon era of American literature. Joseph Dewey contends that while Powers's novels investigate the most pressing issues of the new millennium, the novelist is most deeply interested in the same thematic argument that consumed Ralph Waldo Emerson and Emily Dickinson—the problem of the self, the deep and unshakable loneliness that has always been at the heart of the American literary imagination.

Through an overview of Powers's career and close readings of his novels, which include Galatea 2.2, Prisoner's Dilemma, The Gold Bug Variations, Operation Wandering Soul, Gain, and Plowing the Dark, Dewey places Powers in context as a major voice in the first generation born entirely within the era of television and the computer and shows us how Powers reminds his readers that we have never been so connected and yet never quite so alone.

An associate professor of American literature at the University of Pittsburgh at Johnstown, Joseph Dewey is the author of Beyond Grief and Nothing: A Reading of Don DeLillo, Novels from Reagan's America: A New Realism, and In a Dark Time: The Apocalyptic Temper in the American Novel of the Nuclear Age.

"Dewey's book is a good place to start for readers who are interested in Powers, and it will have a positive effect on further critical studies."—Choice

"Dewey resolutely describes [Powers] as being torn between two all-American impulses, 'Emersonian engagement and Dickinsonesque withdrawal'. . . Dewey's great strength resides in his ability to make a convincing case for the dialectic development around which he has organized his boo"—Review of Contemporary Fiction

"Dewey's intricate analysis of each of the seven novels is penetrating, at times brilliant."—Magill Book Reviews