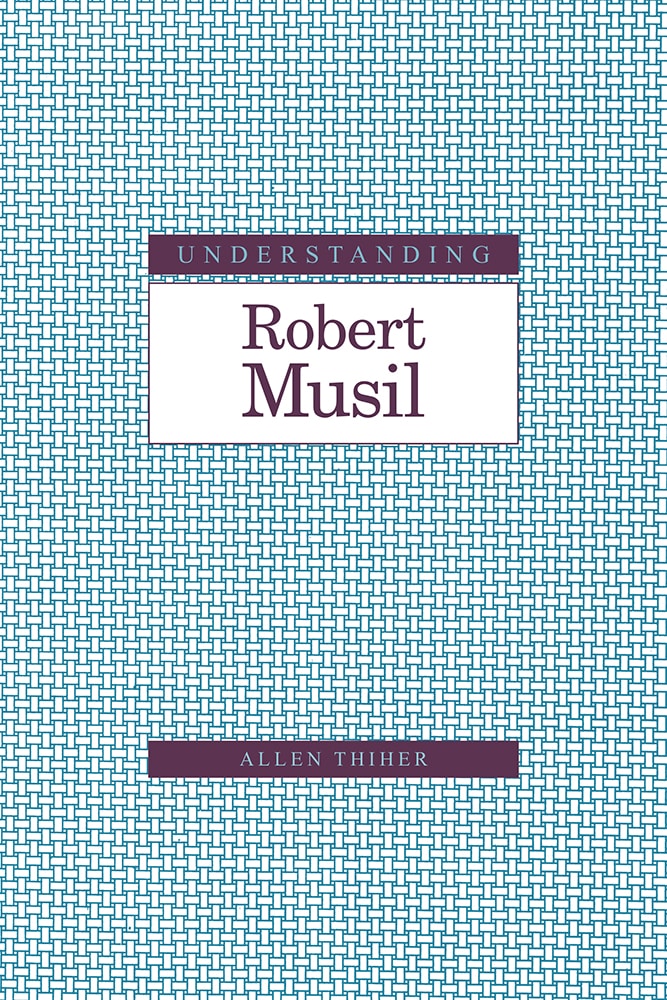 In this critical introduction to the major works of Austrian modernist writer Robert Musil (1880-1942), Allen Thiher offers deft analysis of Musil's short fiction, theater, and essays, and his major novel, The Man without Qualities.

Thiher maps Musil's development as a writer, illustrating how his work evolved in response to catastrophic historical events such as World War I, the collapse of the Austro-Hungarian Empire, and Hitler's seizure of power. From this historical context, Thiher traces how Musil began his career by writing a prescient first novel about ideological developments in German culture and, at the same time, a doctoral thesis on scientific epistemology. Following his service in World War I, Musil began to view writing as his vocation and, during this early period in his literary career, he produced short fiction, plays, and some of the most interesting essays on politics, ethics, and literature to be published during the Weimar era. In exploring these writings as well as The Man without Qualities, a work left unfinished upon Musil's death in exile during World War II, Thiher's study plumbs the depths of Musil's ambition and accomplishments and presents a concise interpretation of the lasting significance of the writer's interrogations of the foundations of modern European culture.

Allen Thiher has taught at Duke University, Middlebury College, and the University of Missouri and was twice a visiting professor at Universität des Saarlandes. He was also a Fulbright lecturer at Sofia University in Bulgaria as well as a fellow at Clare Hall of Cambridge University and a Guggenheim Fellow. Before his retirement to Sofia, Thiher held a chair as Curators' Professor of French at the University of Missouri. He has written books on Céline, Queneau, Kafka, French cinema, literary theory, and intersections of literature and science.