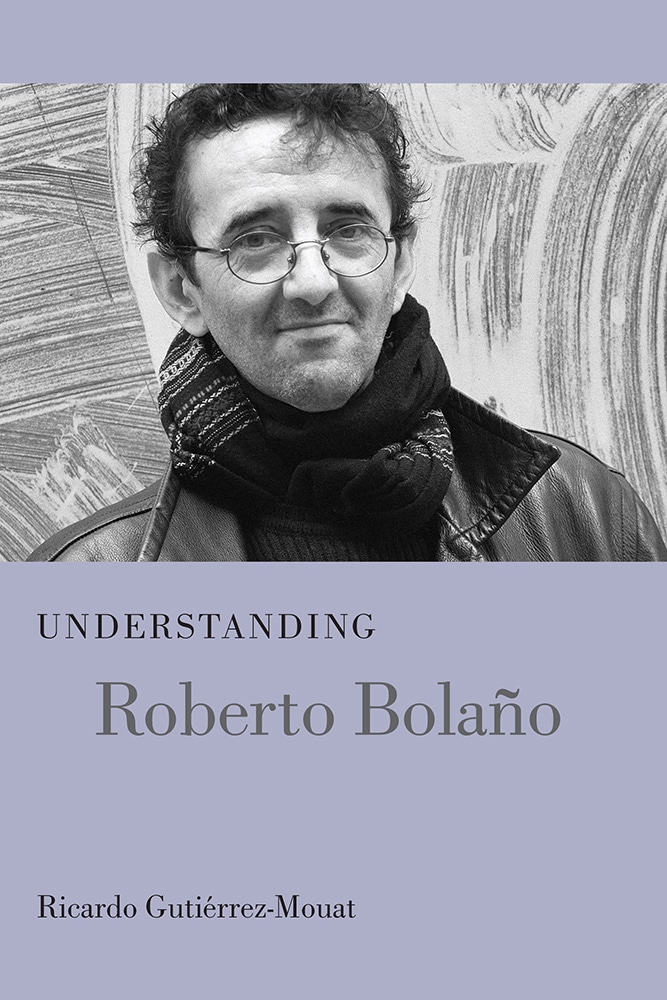 An examination of the novels, short story collections, and poetry of the Latin American author

In Understanding Roberto Bolaño, Ricardo Gutiérrez-Mouat offers a comprehensive analysis of this critically acclaimed Chilean poet and novelist whose work brought global attention to Latin American literature in the 1960s unseen since the rise of García Márquez and magic realism. Best known for The Savage Detectives, winner of the Rómulo Gallegos Prize; the novella By Night in Chile; and the posthumously published novel 2666, winner of the National Book Critics Circle Award, Bolaño died in 2003 just as his reputation was becoming established.

After a brief biographical sketch, Gutiérrez-Mouat chronologically contextualizes literary interpretations of Bolaño's work in terms of his life, cultural background, and political ideals. Gutiérrez-Mouat explains Bolaño's work to an English-speaking audience—including his relatively neglected poetry—and conveys a sense of where Bolaño fits in the Latin American tradition. Since his death, eleven of novels, four short story collections, and three poetry collections have been translated into English.

The afterword addresses Bolaño's status as a Latin American writer, as the former literary editor of El País claimed, "neither magical realist, nor baroque nor localist, but [creator of] an imaginary, extraterritorial mirror of Latin America, more as a kind of state of mind than a specific place."


Ricardo Gutiérrez-Mouat (1951–2015) was a professor of Latin American literature and cultural studies at Emory University and the former director of the Latin American and Caribbean studies program. He was a Chileanborn U.S. citizen and held a Ph.D. from Princeton University. Gutiérrez-Mouat published books and articles on a variety of modern authors and topics and spoke at universities in Europe, Latin America, and the United States.

"A great introduction to the work of a remarkable and intriguing Latin American author."—CHOICE

"Nobody understood better what we should understand in reading Roberto Bolaño than Ricardo Gutiérrez Moaut. If the Peruvian voice is moving and stoic, the Chilean accent is mundane and inquisitive. Irony is a Chilean tradition, pathos a Peruvian one. To write with that double edge to produce a version of the Modern world in the making (Vallejo in the 30s) and of the lost of the Modern dream (a Postumous-Modern) in the obituaries and farewells of Bolaño, is the daring task of this engaging book by a critic and scholar capable of reconnecting trends, styles and obsessions in a unique writer, Bolaño, capable of rewriting literature as a form in open progress. Bolaño, of course, wrote against death rewriting and overwriting its final page, not without signing (as Vallejo did in Paris) his last page as the first one. This book is not only clever and grounded, it is useful to see Bolaño not only as an informal artist but, more interesting, as a mature, complex, and sage artist of form and gusto."—Julio Ortega, Brown University

"Gutiérrez Mouat was one of the finest readers of Latin American literature. In Understanding Roberto Bolaño, his final work, we see him at the height of his critical powers, providing a map to an oeuvre that remains resistant to our cartographies. It reminds us why he will be dearly missed."—Ignacio M. Sánchez Prado, Washington University