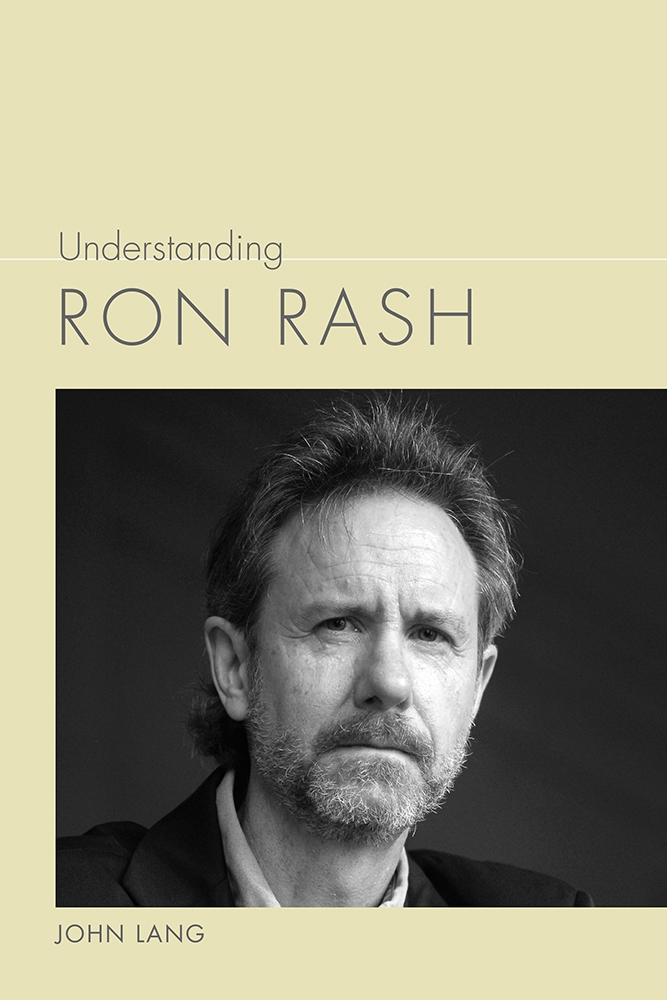 In this first book-length study of Ron Rash's fiction and poetry, John Lang explores the nature and scope of Rash's achievements, introducing readers to the major themes and stylistic features of his work as well as the literary and cultural influences that shaped it. After a brief survey of Rash's life and career, Lang traces Rash's development through his fourteen books of poetry and fiction published through 2013.

Beginning with Rash's first three collections of short fiction, Lang analyzes the author's literary style and techniques as well as Rash's richly detailed settings and characters drawn from the mountain South, primarily western North Carolina and upstate South Carolina. Then, in an assessment of Rash's four volumes of poetry, Lang investigates their thematic and linguistic grounding in Appalachia and emphasizes their universal appeal, lyrical grace, and narrative efficiency. Moving to the early novels One Foot in Eden, Saints at the River, and The World Made Straight, Lang traces Rash's evolving narrative skills, intricate plotting, and the means by which he creates historical and philosophical resonance. Then Lang examines how vivid characters, striking use of dramatic techniques, and wide range of allusions combine in Rash's best-known book, which is also his most accomplished novel to date, Serena.

After a study of Rash's most recent novel, The Cove, Lang returns to Rash's latest work in short fiction: his Frank O'Connor Award-winning Burning Bright and Nothing Gold Can Stay, both of which demonstrate his wide-ranging subject matter and characters as well as his incisive portraits of both contemporary Appalachian life and the region's history. An extensive bibliography of primary and secondary materials by and about Rash concludes the book.


John Lang is a professor of English emeritus at Emory & Henry College in Emory, Virginia, where he taught from 1983 to 2012. He is the author of Understanding Fred Chappell (University of South Carolina Press) and Six Poets from the Mountain South as well as the editor of Appalachia and Beyond: Conversations with Writers from the Mountain South, a collection of interviews from the Iron Mountain Review, which he edited for more than twenty years.

". . . Lang's monograph not only provides an understanding of Ron Rash's work: it is also a book that will serve as an indispensable foundation for future scholarship."—Mississippi Quarterly

"Understanding Ron Rash serves as the foundational companion for the work of a writer whose contribution to American literature is immense."—Choice

"For Understanding Ron Rash, the University of South Carolina Press has found a writer equal to the task. John Lang's writing is every bit as deep, humane, and complicated as his subject, certainly one of the major writers of our time—or any time. Lang's expertise gives him a particular insight into the genesis of Rash's talents, themes, and settings. Thanks are in order to John Lang for opening this window into the remarkable world of Ron Rash's dark and shining body of brilliant work."—Lee Smith, author of New York Times best seller The Last Girls

"John Lang is one of our most outstanding authorities on contemporary literature and poetry. We are indeed fortunate that he has devoted his considerable expertise to the achievement of Ron Rash. Understanding Ron Rash is an exemplary study of one of our most important and accomplished literary figures."—Robert Morgan, author of The Road From Gap Creek

"With his gift for accessible literary analysis, John Lang captures the depth and singular vision of Ron Rash's fiction and poetry. One of the most thorough literary scholars around and surely one of the most generous in his approach, Lang brings to Rash's work the care and appreciation that he has brought to so many other southern Appalachian writers' work. This book is an invaluable addition to the ever-growing discussion of Rash's contribution to American literature."—Kathryn Stripling Byer, former NC poet Laureate and author of the award-winning Wildwood Flower

"Lang's experience in the college literature classroom shines in this study, which can fairly be considered equal parts synopsis and explication... It represents a thoughtful culling of representative work that demonstrates, in Wilhelm's words, 'an intensity and immediacy that promises a longevity beyond the temporary whims and fads that flash and fade in trendy fashion."—North Carolina Literary Review