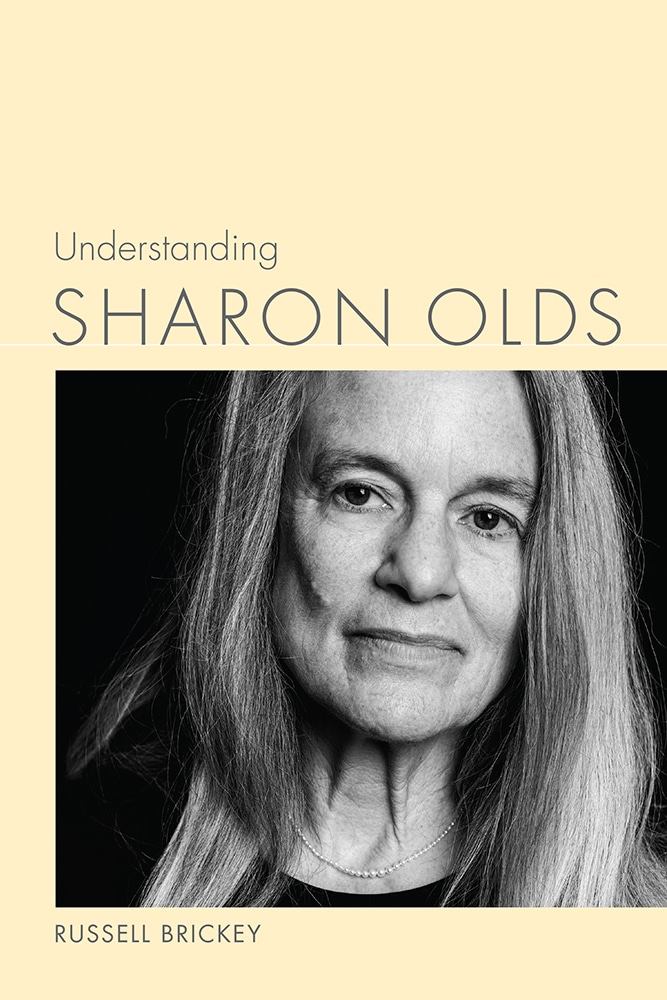 Understanding Sharon Olds explores this Pulitzer Prize-winning poet's major themes, characters, life, and career, including her often-controversial portrayals of family dysfunction, sexuality, and violence against women. In this first book dedicated entirely to the poetry of Sharon Olds, Russell Brickey examines how Olds approaches these difficult and complex topics with pathos and intimate, sometimes provocatively private, details through poetry that not all her critics appreciate.

Olds has never shied away from difficult subject matter. Her first award-winning book, Satan Says, is a feminist exploration of gender politics and adolescent discovery. The Father comprises a book-length elegy about cancer. Stag's Leap, Olds's Pulitzer Prize-winning volume, is a surprisingly tender look at divorce in modern American culture. Extremely personal, her poems often deal with the victories and contradictions of being a woman in the United States during a time when the country is often involved in racial upheavals and military conflicts overseas. She investigates the victories and contradictions of being a wife and mother during the era of feminism, as one of our most honest, most overt poets of female sexuality and its relationship to family life and its place within the history of humanity.

Brickey organizes each chapter around a theme or a persona within Olds's cast of characters. These include poems dedicated to mothers, fathers, children, and the arc of history. Through his close readings, Brickey shows how and where Olds has expanded the tradition of confessional poetry (literature that deals with psychology, family, love, and sexuality), a term Olds disdains but nevertheless expanded into commentary about the human condition in all its paradoxes.


Russell Brickey's poetry collections include Atomic Atoll, He Knows What a Stick Is, and Cold War Evening News. He studied creative writing at the University of Oregon and Purdue University.

"This volume looks at her poetry as full of inspiring manifestos of a political and familial nature."—CHOICE

"Russell Brickey's well-organized study of Sharon Olds offers a thorough analysis of the poems, and shrewd placement of the poet in terms of confessional and post-confessional modes. He concentrates on issues that have animated Olds' poetics: memory, patriarchy, sex, blindness, family, motherhood, violence, and the body. Brickey acknowledges the controversial nature of Olds' work, which regards abject aspects of the body and sex as denoting a fallen America. He also celebrates Olds for her plain spoken rhetoric, wit, symbolism, empathy, and skill at connecting violence on a microcosmic scale to geopolitical conflicts in a global age."—Daniel Morris, Purdue University

"This first full-length study of Olds's poetry is a probing, appreciative examination of the themes, dramatis personae, and prosody in the Pulitzer Prize-winner's work to date. Russell Brickey responds thoughtfully to critics of Olds's style and provocative subject matter, and offers new perspectives on terms like confessionalism, feminism, and sexuality as applied to her poems. A substantial resource for readers and teachers of Olds's poetry, and an invaluable addition to any collection of contemporary poetry and criticism."—Carolyne Wright, author of A Change of Maps

"Because the poems of Sharon Olds so often disclose intimate personal details, some readers have been skittish toward them. Russell Brickey, though, gives a way to read Olds's version of intimacy not as 'too much information' but as a combination of the personal and the geopolitical that makes Olds 'a true poet of the global age.'"—H. L. Hix, author of Understanding W. S. Merwin and American Anger

"Russell Brickey's Understanding Sharon Olds offers a cogent and perceptive account of this important poet's life's work. Wide-ranging and refreshingly level-headed, Brickey's study is alert to the wider historical and cultural contexts in which the poems were produced. As important, it is sensitive to the detail of the poems—to their style and diction, and to Olds's distinctive voice."—Jo Gil, University of Exeter