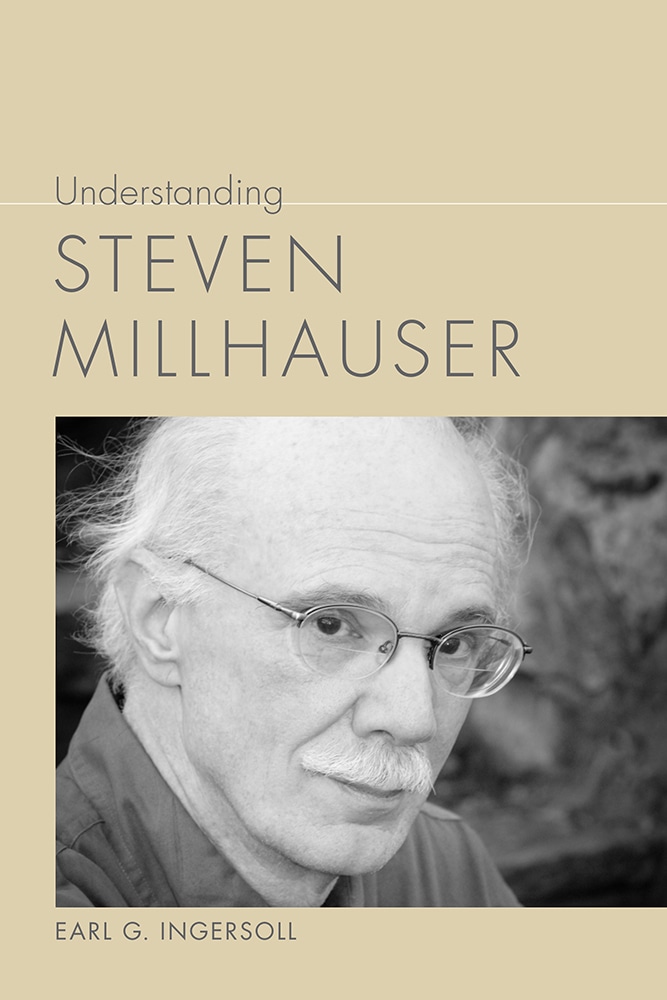 Earl Ingersoll introduces the fiction of Steven Millhauser, whose distinguished career of more than four decades includes eight books of short fiction and four novels, the latest being the Pulitzer Prize-winning Martin Dressler (1996). In Understanding Steven Millhauser, Ingersoll explores Millhauser's twelve books chronologically, revealing the development of a major contemporary American writer and a master of fiction who cares as deeply about his craft as the modernists did earlier in the past century. While most examinations of an author's work begin with at least a biographical sketch, Ingersoll has faced distinct challenges because Millhauser has resisted efforts to read his fiction through the lens of his biography. Responding to an interviewer's request for a brief biography, Millhauser provided the succinct "1943-."

Part of such resistance, Ingersoll argues, arises from Millhauser's belief that if readers have too many questions about an author's work, the author has failed, and no amount of response can redress that failure. Millhauser's central characters, such as August Eschenburg and J. Franklin Payne, are often themselves artists or technicians who are "overreachers," and Ingersoll shows that Millhauser's early expressions of literary realism have given way to interest in departures from the "real." For Millhauser, "stories, like conjuring tricks, are invented because history is inadequate to our dreams." Millhauser's strength is the ability to sustain obsessions because works of fiction succeed insofar as they are able to supplant reality.

As a master fabulist, Ingersoll argues, Millhauser is preoccupied with extravagance both in the subject matter of his fiction and in his style. Whether it involves Martin Dressler doing himself in by designing and constructing increasingly complex hotels or the miniaturists in the short story "Cathay" pushing their impulse to extremes, past the eye's ability to see their art objects, Millhauser's fiction is full of such an impulse, which can produce prolific artists as well as compulsive lunatics. The triumph of Millhauser's craft, Ingersoll shows, is that it merges a fascination with the relationship between imagination and experience with a precise and allusive prose to produce works seamlessly joining the everyday with the radical and fantastic, in forms ranging from travelogues of the imagination to works merging the waking world with the world of dreams.


Earl G. Ingersoll is an emeritus distinguished professor and distinguished teaching professor of English at the State University of New York at Brockport. He is the author or editor of seventeen books, including D. H. Lawrence, Desire, and Narrative; Waiting for the End: Gender and Ending in the Contemporary Novel; and most recently Filming Forster: The Challenges of Adapting E. M. Forster's Novels for the Screen.

"Steven Millhauser's fiction dazzles in its precise attention to the power of imagination and to the structures of stories. Earl G. Ingersoll's assiduous, detailed survey of Millhauser's oeuvre reveals the key patterns of plot, perspective, and motif that emerge from the work of this American master."—Josh Lambert, author of Unclean Lips: Obscenity, Jews, and American Culture

"Much like the characters in his uncannily-crafted stories, Steven Millhauser has remained an elusive and enigmatic figure, always just outside the margins of our admiration. Earl G. Ingersoll's thorough and incisive study enables us to grasp his evolution as a writer, his themes, and his craft, bringing us as close as we are ever likely to be to understanding his significance in American letters."—Russell A. Potter, professor of English, Rhode Island College