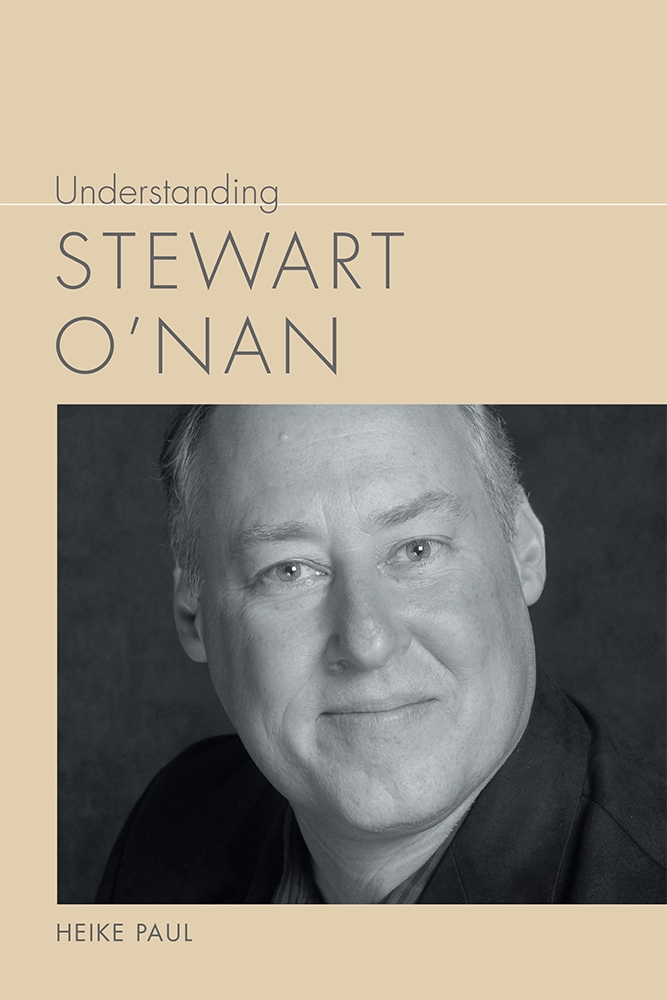 This first book-length study of Stewart O'Nan's work offers a comprehensive introduction to his writings and carefully examines recurring thematic concerns and stylistic characteristics of his novels. The author of eighteen novels, several works of nonfiction, and two short-story collections, O'Nan received the Pirate's Alley Faulkner Society's Gold Medal for best novel for Snow Angels and the Drew Heinz Prize for In the Walled City. In 1996 Granta magazine named him one of the Twenty Best Young American Novelists.

In Understanding Stewart O'Nan, Heike Paul appraises O'Nan's oeuvre to date, including his popular multigenerational trilogy of novels—Wish You Were Here; Emily, Alone; and Henry, Himself—that received enthusiastic reviews in the New York Times, the Washington Post, Publisher's Weekly, and the Guardian.

Paul argues that O'Nan is not only a writer of popular fiction but also has developed into a major literary voice worthy of canonical status and of having a firm place in school, college, and university curricula. To this end Paul analyzes his use of formulas of long-standing popular American genres, such as the Western and the gothic tale, as he re-invents them in innovative and complex ways creating a style that Paul describes as "everyday gothic." She also offers a critical examination of O'Nan's treatment of American myths and vivid descriptions of struggling middle class settings and individuals who lead precarious lives. Paul believes this first critical study of O'Nan's collected works will be instrumental in building a critical archive and analysis of his oeuvre.


Heike Paul is chair of American studies at Friedrich-Alexander-University Erlangen-Nurnberg and director of the Bavarian American Academy in Munich. She is the author of The Myths That Made America and the editor and co-editor of numerous books on literature, popular culture, and political culture. In 2018 she received the prestigious Leibniz Prize of the German Research Foundation.

"An introduction to Stewart O'Nan's novelistic rethinking of American mythology that is as shrewd as it is appealing. Uncovering the cultural and historical contexts to the everyday gothic and the literature of care informing his slice-of-life aesthetics, Heike Paul deftly draws us into his precarious fictional worlds. Her critical retellings of these stories makes them come alive on the page in a new light. This is, indeed the perfect invitation to read this versatile author."—Elisabeth Bronfen, University of Zurich

"Heike Paul's careful and perceptive reading of Stewart O'Nan's work is a long overdue book-length appreciation of one of the major contemporary American writers too easily overlooked by academic critics. In her brilliant analysis, she reveals precarious situations experienced by O'Nan's small-town people in their everyday gothic and mythological worlds."—Alfred Hornung, Johannes Gutenberg University, Mainz

"Heike Paul's study of Stewart O'Nan's oeuvre is more than a landmark in the scholarship on this prolific, versatile, and understudied author. While capturing crucial features of O'Nan's world, some of her critical insights—such as the notions of "the everyday gothic" and "literary care work"—offer perceptive new ways of understanding broader trends in contemporary fiction."—Donatella Izzo, University of Naples "L'Orientale"

"One of the chief distinctions of Understanding Stewart O'Nan, other than Heike Paul's superb prose and impressive scholarship, is the illuminating conjuncture each chapter draws between the changes in genre of O'Nan's novels and the shifting dispositions of American politics and popular culture."—Donald E. Pease, Dartmouth College

"Steward O'Nan's greatest gift as a writer is his ability to attend to everyday, seemingly ordinary American life with great candor and compassion. Heike Paul's capacious and incisive study introduces readers to the significance of the various cultural myths O'Nan reinterprets throughout his extensive literary oeuvre."—Silvia Schultermandl, University of Graz