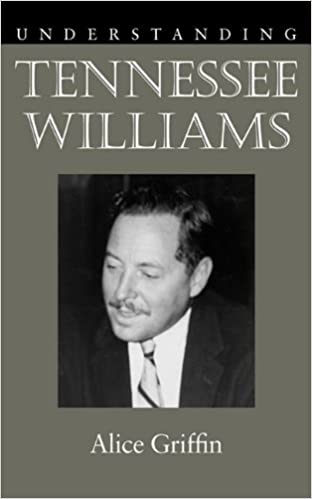 Alice Griffin offers an in-depth evaluation of the nine plays that established Tennessee Williams as America's greatest lyric dramatist. Describing him as the first playwright writing in English to combine full-blooded characters, theatricalism, and poetic dialogue, Griffin considers Williams both as a literary figure and as a stage innovator.

Griffin analyzes the language, characters, dramatic effects, and staging of these classic plays, and she calls attention to Williams's unique gift for creating dialogue as lyrical poetry yet as authentic as everyday conversation. She reveals the importance of symbolism in his work, uncovers his often overlooked humor, and explains his insistence on "plastic" presentations. Griffin also chronicles the resistance that Williams met when he tried to bring his revolutionary staging ideas to the commercial theater.

Griffin viewed the plays as originally staged and discussed them with the playwright, the directors, and the actors. From her association with these initial productions, Griffin shares her knowledge of Williams's frustration with the presentation of his work. She remedies what she considers to be misguided interpretations of those early productions by measuring the original stage productions against Williams's stated aims.


Alice Griffin is a professor emerita and former director of graduate studies in English at Lehman College of the City University of New York. She is the author of Understanding Lillian Hellman, Understanding Arthur Miller, Rebels and Lovers: Shakespeare's Young Heroes and Heroines, and Shakespeare's Women in Love.