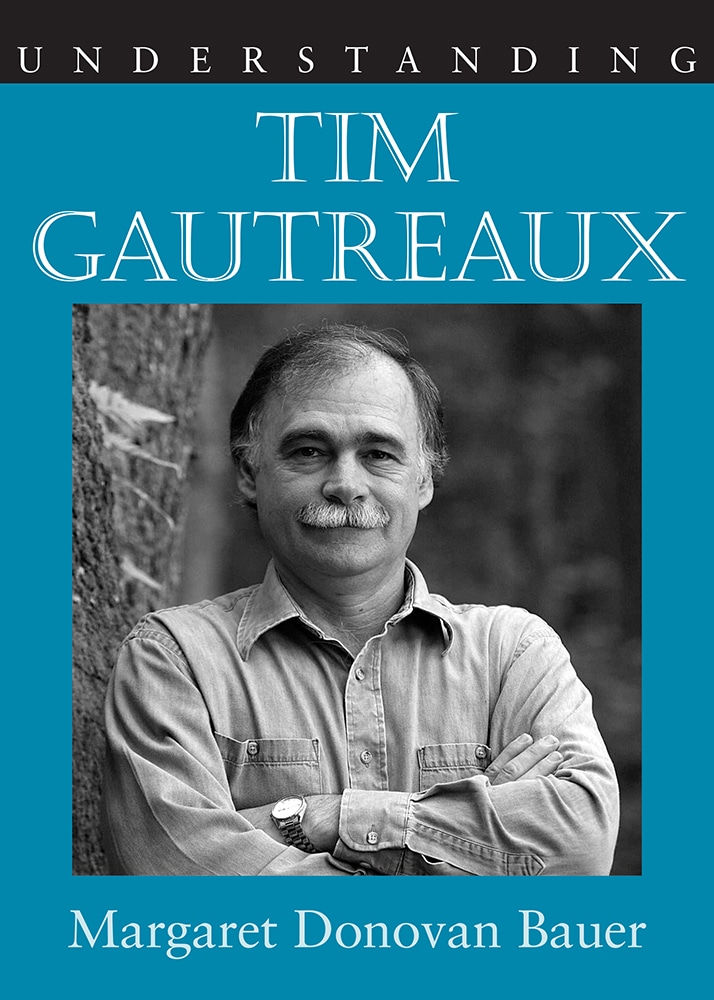 In Understanding Tim Gautreaux, Margaret Donovan Bauer presents the first book-length study of the Louisiana storyteller, who injects a seldom heard Cajun voice into southern literature and offers a rare optimistic vision among other contemporary writers of the blue-collar American South.

Bauer surveys Gautreaux's three novels—The Next Step in the Dance, The Clearing, and The Missing—and two collections of short fiction—Same Place, Same Things and Welding with Children—to indentify his major themes, character types, and structures. She views his chief contribution to southern letters to be an authentic insider's view of Cajun culture, one resulting in a skillful, realistic, and sympathetic vision of historical and contemporary Acadiana in flux. Bauer addresses how Gautreaux's hopeful vision distinguishes him from his fellow Catholic writer Flannery O'Connor and from other contemporary writers of the blue-collar South such as Larry Brown and Dorothy Allison. She also views Gautreaux's distinctive approach to fiction as contrasting significantly with that of the heirs to the Faulknerian tradition of bearing the burden of an ever-present past. Instead Gautreaux's poor white protagonists are action-oriented characters who, while trapped by circumstances, still strive to affect positive change in their hardscrabble surroundings.

Louisiana native Margaret Donovan Bauer is a professor of English at East Carolina University in Greenville, North Carolina, where she was named the first Ralph Hardee Rives Chair of Southern Literature. She is the author of The Fiction of Ellen Gilchrist and William Faulkner's Legacy: "What Shadow, What Stain, What Mark." Her articles on southern literature have appeared in Mississippi Quarterly, Southern Literary Journal, Southern Studies, College Language Association Journal, and Studies in Short Fiction, as well as in several edited volumes. Since 1997 she has served as editor of the North Carolina Literary Review; in 2007 she received the Parnassus Award for Significant Editorial Achievement from the Council of Editors of Learned Journals.