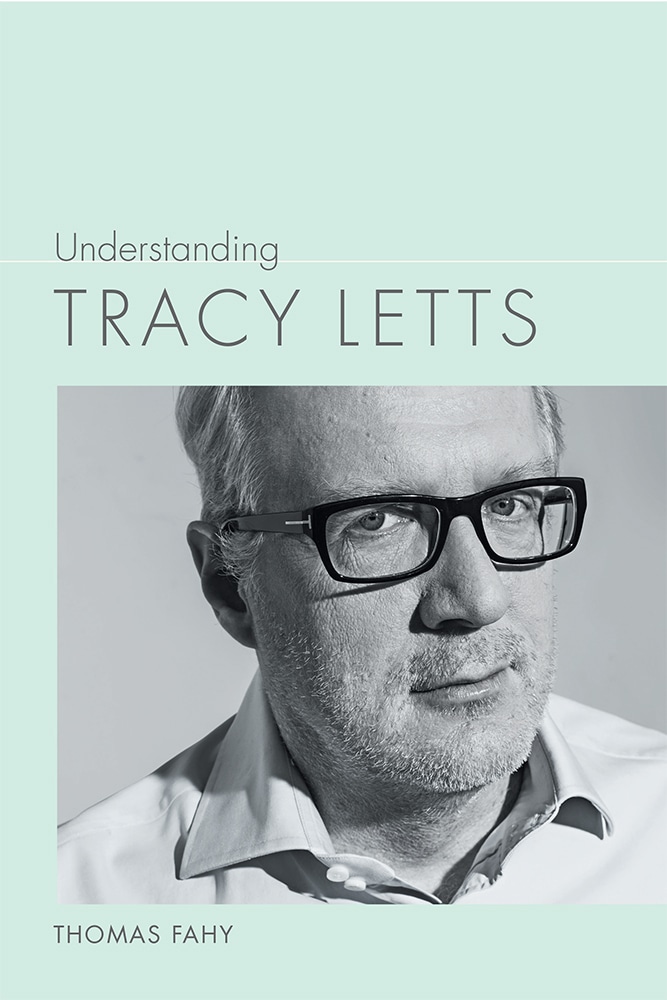 Winner of the Pulitzer Prize in drama as well as Tony Awards for best play and best actor, Tracy Letts has emerged as one of the greatest playwrights of the twenty-first century. Understanding Tracy Letts, the first book dedicated to his writing, is an introduction to his plays and an invitation to engage more deeply with his work—both for its emotional power and cultural commentary.

Experiencing a Tracy Letts play often feels akin to reading a Cormac McCarthy novel, watching a Cohen Brothers film, and seeing an episode of Breaking Bad at the same time. His characters can be ruthlessly cruel and funny, selfish and generous, delusional and incisive, and deceptive and painfully honest. They keep secrets. They harbor biases and misconceptions. And in their quest to find love and understanding, they often end up being the greatest impediments to their own happiness. As a writer, Letts can move seamlessly from the milieu of a Texas trailer park to the pulsating nightlife of London's countercultural scene, the stifling quiet of small-town Ohio to the racial tensions of urban Chicago. He thrives in the one-act format, in plays like Mary Page Marlow and The Minutes, as well as the epic scope of August: Osage County and Linda Vista. With a musician's sense of timing, Letts shifts between humor and heartache, silence and sound, and the mundane and the poetic. And he fearlessly tackles issues such as gender bias, racism, homophobia, and disability rights. Contemporary American life thus becomes a way to comment on the country's troubled history from Native American genocide to the civil rights movement. The personal narratives of his characters become gateways to the political.

Understanding Tracy Letts celebrates the range of Letts's writing, in part, by applying different critical approaches to his works. Whether through the lens of disability studies, the conspiracy genre, food studies, the feminist politics of quilting, or masculinity studies, these readings help bring out the thematic richness and sociopolitical dimensions of Letts's work.


Thomas Fahy is a professor of English and Director of English Graduate Studies at Long Island University Post. He has published numerous books including Dining with Madmen: Fat, Food, and the Environment in 1980s Horror; Understanding Truman Capote; Staging Modern American Life: Popular Culture in the Experimental Theatre of Millay, Cummings, and Dos Passos; and the edited collection Peering Behind the Curtain: Disability, Illness, and the Extraordinary Body in Contemporary Theatre.

"Gain a deeper appreciation for the Pulitzer- and Tony-winning playwright of August: Osage County, Mary Page Marlow, The Minutes, and Linda Vista...Exploring Letts' emotional power and cultural commentary, Fahy presents one of the first books to offer an engaging analysis of the playwright."—Playbill

"More than an excellent and compelling analysis of the work of one of America's leading playwrights, a writer whose imagination takes him, and us, on journeys into the private and social tensions of America, Understanding Tracy Letts explores the wider literary and social context of works which have the power to disturb, amuse, unnerve, and even, perhaps, console"—Christopher Bigsby, author of Twenty-First Century American Playwrights and Arthur Miller 1962-2005

"Understanding Tracy Letts not only delves into crucial biographical details instrumental to Letts' development as a playwright but also engagingly places his works in dialogue with Tennessee Williams and William Faulkner, The X-Files, food theory, quilting, and masculine studies. Fahy's book is a long needed holistic look at one of America's most important playwrights."—William Boles, Rollins College