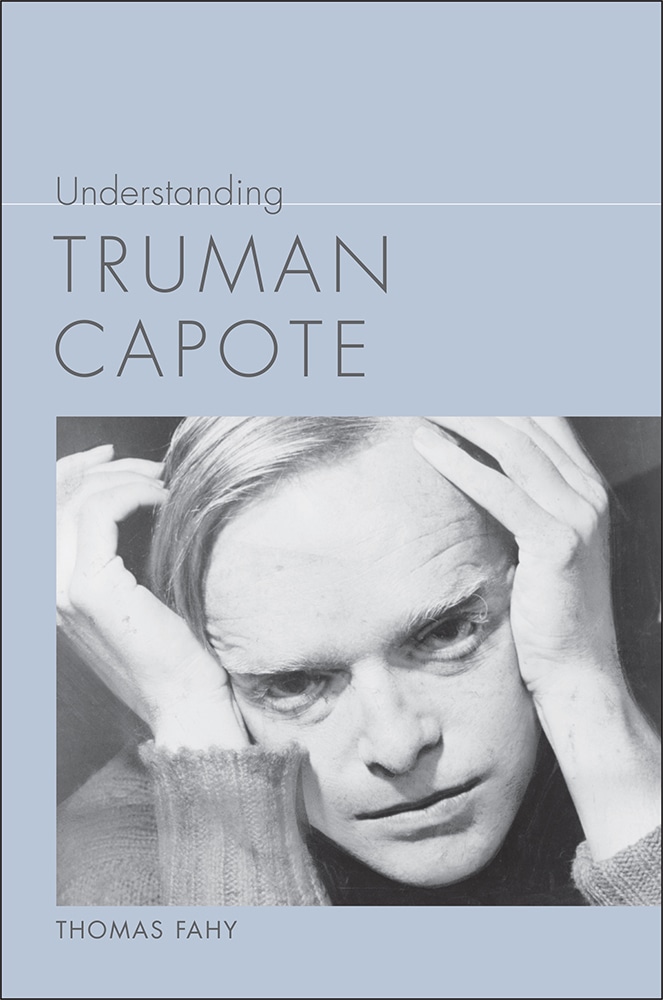 A new direction for Capote studies that reconsiders the author's place in literary criticism, the canon, and the classroom

Truman Capote—along with his most famous works In Cold Blood and Breakfast at Tiffany's—continues to have a powerful hold over the American popular imagination. His glamorous lifestyle, which included hobnobbing with the rich and famous and frequenting the most elite nightclubs in Manhattan, makes him the subject of ongoing interest for public and academic audiences alike. In Understanding Truman Capote, Thomas Fahy provides a new direction for Capote studies that offers a way to reconsider the author's place in literary criticism, the canon, and the classroom.

By reading Capote's work in its historical context, Fahy reveals the politics shaping his writing and refutes any notion of Capote as disconnected from the political. Instead this study positions him as a writer deeply engaged with the social anxieties of the 1940s and 1950s. Understanding Truman Capote also applies a highly interdisciplinary framework to the author's writing that includes discussions of McCarthyism, the Lavender Scare, automobile culture, juvenile delinquency, suburbia, Beat culture, the early civil rights movement, female sexuality as embodied by celebrities such as Marilyn Monroe, and atomic age anxieties. This new approach to Capote studies will be of interest in the fields of literature, history, film, suburban studies, sociology, gender/sexuality studies, African American literary studies, and American and cultural studies.

Capote's writing captures the isolation, marginalization, and persecution of those who deviated from or failed to achieve white middle-class ideals and highlights the artificiality of mainstream idealizations about American culture. His work reveals the deleterious consequences of nostalgia, the insidious impact of suppression, the dangers of Cold War propaganda, and the importance of equal rights. Ultimately Capote's writing reflects a critical engagement with American culture that challenges us to rethink our understanding of the 1940s and 1950s.


Thomas Fahy is an associate professor of English and director of the American Studies program at Long Island University–Post. He is the author of numerous books, including Staging Modern American Life: Popular Culture in the Experimental Theatre of Millay, Cummings, and Dos Passos and Freak Shows and the Modern American Imagination: Constructing the Damaged Body from Willa Cather to Truman Capote, and the editor of The Philosophy of Horror.

"Fahy's book is beautifully written and will surely be of a great use to readers first engaging Capote's work."—Choice

"Fahy does an admirable job of examining Capote as a writer whose work reflects America of the late 1940s and 1950s more deeply than previously thought. He argues convincingly that Capote is more than a mere stylist, deserving of a significant place in the canon of American literature."—Ralph F. Voss, author of Truman Capote and the Legacy of "In Cold Blood"