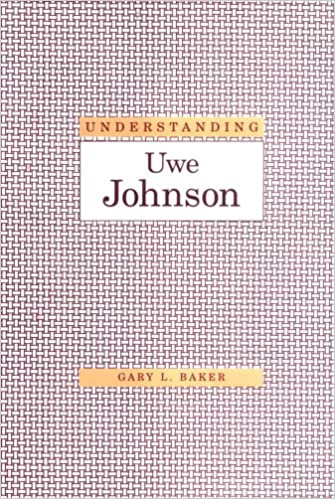 Illuminates the fiction of one of postwar Germany's most provocative writers

One of the most important postwar German authors, Uwe Johnson is significant not only for his unique literary style and linguistic creativity but also for the thematic issues addressed in his works. He was the first German author to treat, in fiction, the division of Germany after the war. He explored its psychological, political, and cultural manifestations in a network of characters and places unmatched in complexity and authenticity.

Understanding Uwe Johnson provides a comprehensive overview of this author's work, concentrating on his five most important novels: Ingrid Babendererde, Speculations about Jakob, The Third Book about Achim, Two Views, and Anniversaries, from the Life of Gesine Cresspahl. A chapter on Johnson's life relates his fiction to his scandalized existence in both Germanys, Great Britain, and the United States. Writing fiction was one of the ways Johnson came to terms with Germany's fascist past, cold war realities, his unwilling emigration from the former German Democratic Republic, and his unfulfilled desires for a democratic form of socialism. Especially noteworthy is the discussion of Johnson's theoretical ideas on writing novels and the importance of narratives in everyday life. Baker considers the extensive literature that has appeared about Johnson and his work, while providing new insights into novels that have become standard reading in German literature.


Gary L. Baker is an associate professor of German at Denison University in Granville, Ohio.