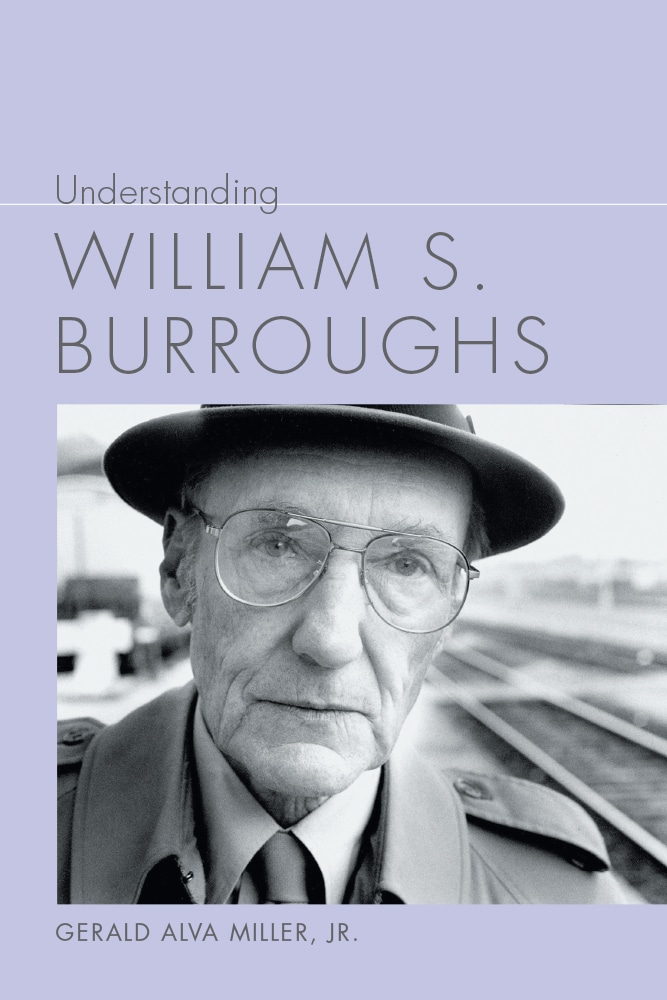 Through critical readings Gerald Alva Miller, Jr., examines the life of William S. Burroughs and the evolution of his various radical styles not just in writing but also in audio, film, and painting. Although Burroughs remains tied to the Beat Generation, his works prove more revolutionary. Miller argues that Burroughs, more than any other author, ushered in the era of both postmodern fiction and poststructural philosophy. Through this study Miller situates Burroughs within the larger countercultural movements that began in the 1950s, when his novels became influential because of their examination of various control systems (from sex and drugs to global or even intergalactic conspiracies).

Understanding William S. Burroughs begins by considering his early, straightforward narratives. Despite being more stylistically conventional, they broke new ground with their depictions of junkies, gay people, and others marginalized by society. The publication of Naked Lunch shattered all literary paradigms in terms of form and content. Naked Lunch and the cut-up novels, recordings, films, and art that followed constitute one of the twentieth century's most sustained and methodical aesthetic experiments, placing Burroughs alongside Franz Kafka, Jorge Luis Borges, James Joyce, Samuel Beckett, Vladimir Nabokov, and Thomas Pynchon in terms of both innovation and influence.

Burroughs eventually turned his attention toward imagining methods of using the control "machinery" against itself. Often considered his masterpiece, the Red Night Trilogy of the 1980s ranges across time and space, and life and death, in its quest to discover the ultimate form of freedom. His antiestablishment stance and virulent attacks on various types of oppression have caused Burroughs to remain a highly influential figure to each new generation of authors, artists, musicians, and philosophers. The hippies, punks, and cyberpunks were all heavily indebted to the man whom many people called el hombre invisible, and his works prove more relevant than ever in the twenty-first century.


Gerald Alva Miller, Jr., earned his doctorate in English from the University of North Carolina at Chapel Hill. He is the author of Exploring the Limits of the Human through Science Fiction and Understanding William Gibson. He teaches at Alamance Community College in Graham, North Carolina.

""Understanding William S. Burroughs provides an ideal point of entry for readers intimidated at the prospect of delving into the life and work of this challenging, sometimes outrageous author. Dexterously moving through Burroughs's novels as well as an impressive array of secondary sources, Gerald Miller makes a compelling case for Burroughs's centrality to postmodern literature and poststructuralist philosophy.""—Nathaniel Cadle, Florida International University

""In Understanding William Burroughs, Gerald Miller conjures a welcome, timely vision of the writer's art. Combining literary history, philosophy and biography, Miller offers uncompromising accounts of an important American artist, drawing him out from the shadow of literary myth to illuminate the kaleidoscopic individual works and career.""—Henry Veggian, University of North Carolina at Chapel Hill