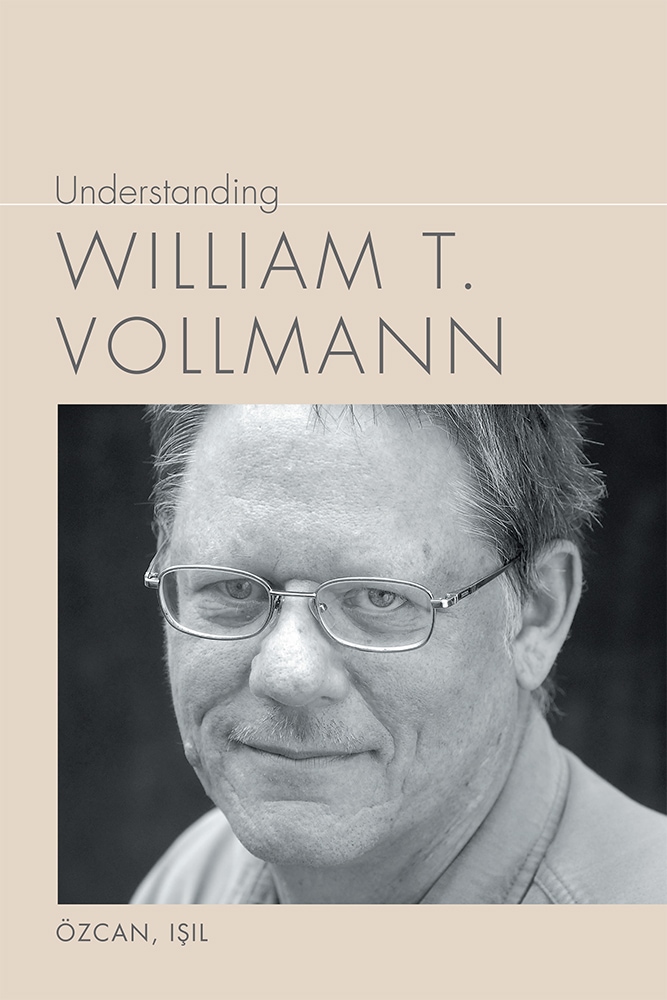 In Understanding William T. Vollmann, Işıl Özcan studies the maturing career of one of the most important voices in contemporary letters. Vollmann's major works of fiction and nonfiction include his National Book Award winner, Europe Central; his highly acclaimed Seven Dreams novels; and his magnum opus, Rising Up and Rising Down: Some Thoughts on Violence, Urgent Means, and Justifications. Özcan examines the common threads that interlace Vollmann's corpus and grapples with the depth and complexity of his massive output. In her readings of Vollmann's works, she identifies a rich but accessible set of themes that he explores afresh in each text, including death, war, violence, suffering, and love.

Vollmann has written in many genres, and his writing is informed by his extensive research and travels around the world, his familiarity with red-light zones, and his war correspondence. The highly subjective and participative nature of much his writing has foregrounded his personality to such an extent that he became simultaneously a cult figure and a notorious adventurer. In her readings Özcan contends that Vollmann compels our attention because he registers a diversity of voices and discourses that makes us hear what the subjugated, the unrecognized, the weak, and the marginalized have to say; the scope and the force of Vollmann's openness to the Other is inseparable from his method and conduct.

In addition to close readings of Vollmann's texts, Özcan also examines his influences and literary connections, tracing his ties to John Steinbeck, Ernest Hemingway, James Agee, and Danilo Kiš and situating him not only in the American canon but also in the longer duration of world literature.

"Isil Ozcan comprehensively maps the vast reach of William T. Vollmann's work. She indeed understands him (in all of his rich complexity), and so will any reader who enlists her aid in reading Vollmann, who is North America's foremost living novelist, and its greatest non-fiction writer too."—Robert L. Caserio, Penn State, University Park

"This is a perfect introduction to Vollmann. Özcan's fresh and incisive arguments reliably guide newcomers while rewarding veteran readers. Her engagements with his interrogations of injustices past and present, and her articulation of his place in the literary moment, highlight especially well his importance in the global era. An essential book about an essential writer."—Christopher K. Coffman, Boston University