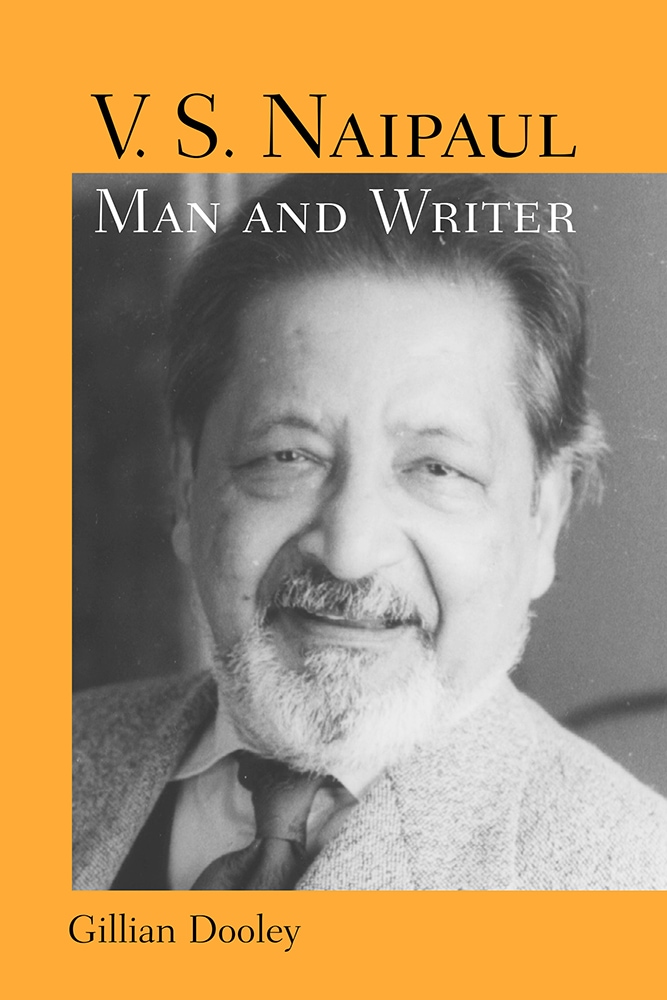 A survey of the life and work of the 2001 Nobel Laureate for Literature, V. S. Naipaul, Man and Writer introduces readers to the writer widely viewed as a curmudgeonly novelist who finds special satisfaction in overturning the vogue presuppositions of his peers. Gillian Dooley takes an expansive look at Naipaul's literary career, from Miguel Street to Magic Seeds. From readings of his fiction, nonfiction, travel books, and volumes of letters, she elucidates the connections between Naipaul's personal experiences as a Hindu Indian from Trinidad living an expatriate life and the precise, euphonious prose with which he is synonymous.

Dooley assesses each of Naipaul's major publications in light of his stated intentions and beliefs, and she traces the development of his writing style over a forty-year career. Devoting separate chapters to three of his chief works, A House for Mr. Biswas, In a Free State, and The Enigma of Arrival, she analyzes their critical reception and the primacy of Naipaul's specific narrative style and voice. Dooley emphasizes that it is, above all, Naipaul's refusal to compromise his vision in order to flatter or appease that has made him a controversial writer. At the same time she sees the integrity with which he reports his subjective response to the world as essential to the lasting success of his work.


Gillian Dooley is a literary critic and librarian living in Adelaide, South Australia. A specialist in the study of Iris Murdoch, V. S. Naipaul, and Doris Lessing, she is the editor of From a Tiny Corner in the House of Fiction: Conversations with Iris Murdoch.

"Naipaul's work, like the man, is formidable, often intimidating. Gillian Dooley, surmising that 'understanding Naipaul is a matter of empathizing, not theorizing,' stays clear of the demons that have long haunted the assessment of this Nobel laureate, an enigma of our times. Unwilling to hide behind thickets of jargon, Dooley delights the reader with honest insights and clear statements. Judicious and incisive, Dooley's volume is a rare combination of scholarly essay and pleasurable reading experience."—Pradyumna S. Chauhan, Arcadia University, and editor of Salman Rushdie Interviews: A Sourcebook of His Ideas

"Gillian Dooley brings us a refreshingly balanced and ideology-free survey of a formidable half century of Naipaul's work. Where many critics enlist his uncompromising, take-no-prisoners writing in an attack on the man, Dooley's sympathetic but penetrating scrutiny enables the writer and the work to brilliantly illuminate each other. Students and specialists alike will learn much from this comprehensive study, which introduces us, finally, to Naipaul as he might wish us to read him."—John Clement Ball, University of New Brunswick, and author of Satire and the Postcolonial Novel: V.S. Naipaul, Chinua Achebe, Salman Rushdie