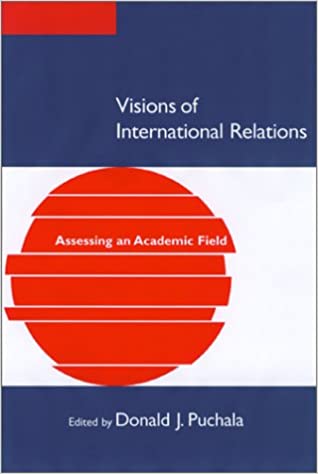 Divergence, debate, and convergence in a dynamic discipline

Almost since the founding of the discipline of international relations, scholars have debated about appropriate ways to describe, study, and explain the realm of human behavior that has to do with relations among states and peoples. Such scholarly discussion, however enlightening, has in recent years also led to polarizations of views, fragmentations of interests and attention, and bouts of intolerance within the field.

In this collection of essays by eight prominent scholars, each of whom presents a divergent ontological, epistemological, or methodolodical view on the study of international relations, there appears hope for redefining and reinvigorating intellectual exchange. Emerging from a series of seminars organized by the Walker Institute of International Studies at the University of South Carolina, the volume, edited by Donald J. Puchala, brings together the assessments of scholars who were challenged to defend their standpoints but also to build bridges between them.


Donald J. Puchala holds B.A., M.A., and Ph.D. degrees from Yale University and is the Charles L. Jacobson Professor of Public Affairs and director of the Richard L. Walker Institute of International Studies at the University of South Carolina. He is the co-author of The Challenge of Relevance: The United Nations in a Changing World and co-editor of Immigration into Western Societies. Puchala lives in Columbia.