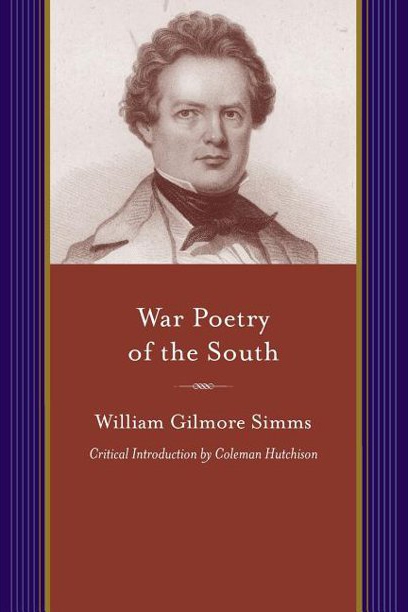 War Poetry of the South

In the aftermath of the Civil War, Simms collected southern poems that expressed the ardent, fiery, and unapologetic sectional patriotism exemplified by guerrilla warriors; this collection, which featured many of the well-known poets of the day including several of Simms's own poetic works, was published in 1866 by Richardson and Company of New York as War Poetry of the South. The poems collected in War Poetry of the South are widely variable, ranging from some of the estimable Henry Timrod's best poetry ("Ehtnogenesis," "The Cotton Boll") to melodramatic encomia of Confederate heroism. Several of Simms's contributed poems are attributed to the author by name, while many more are either left anonymous or pseudonymous.

War Poetry represented an attempt by Simms to make southern sentiments and experiences of the Civil War a part of the overall national conversation and memory. Interestingly, what Simms chose to exclude from War Poetry suggests that those aspects of the South's wartime experience he wished to insert into the national consciousness were those that promoted the fiery sectional patriotism that was exemplified by the South's guerrilla partisans; this, then, is "Lost Cause" poetry.