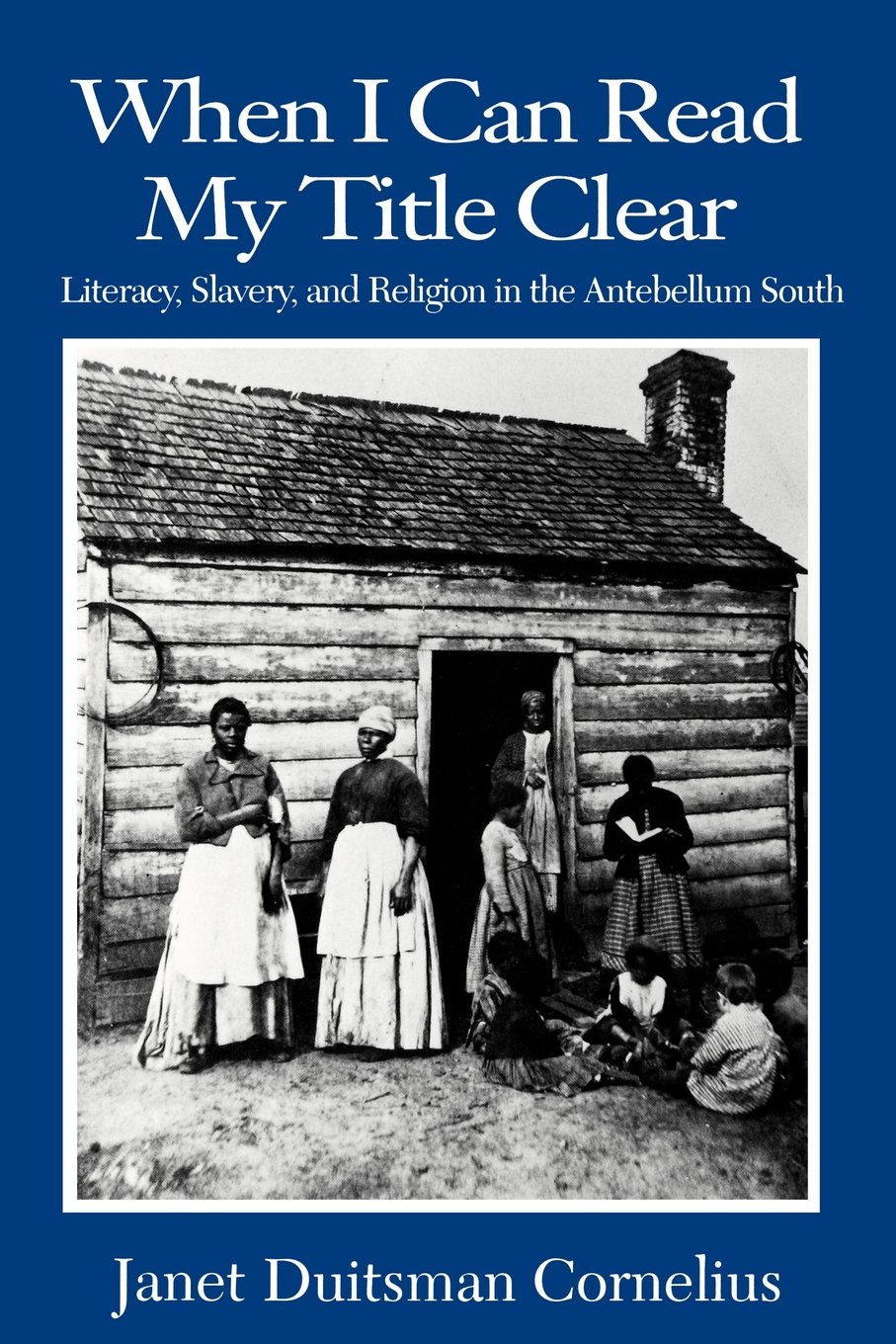 When I Can Read My Title Clear

Literacy, Slavery, and Religion in the Antebellum South

This is the first study to focus on the roots of slavery in the African-American drive for literacy and schooling that exploded immediately after the American Civil War. The author examines why blacks valued literacy, how it played an integral part in the black church, and how it served as an instrument of political resistance in the African-American community under slavery. Cornelius also explores the complexities and contradictions in the roles played by early southern slaveholders who used literacy as a barrier between black and white, slave and free. While legal restrictions against teaching slaves to read were less extensive than commonly thought, sanctions were brutal and pervasive. However, despite the threat of grim punishments, enslaved African-Americans did learn to read.

Janet Duitsman Cornelius is Professor of History and Chair of the Liberal Arts Division at Danville Area Community College in Danville, Illinois. She is also Adjunct Professor of History at Eastern Illinois University and has taught at the University of Illinois at Urbana-Champaign, where she completed her doctoral dissertation in 1977 on the antebellum southern white evangelical mission to slaves.

". . . a distinctive volume revealing yet again America's often-contradictory dance with freedom and the concepts of equality and inalienable rights. It provides a forceful background for understanding contemporary literacy issues and, more generally, the status of schooling and intellectual pursuits in what some now call–a mere 130 years after emancipation–a post-literate culture."—Chicago Tribune

". . . a valuable addition to the study of southern history and a pioneer work on slave literacy."—The North Carolina Historical Review

"This poignant and notable study examines not only why antebellum blacks so valued literacy, but how literacy played a central role in both the black church and in political resistance."—The Virginia Quarterly