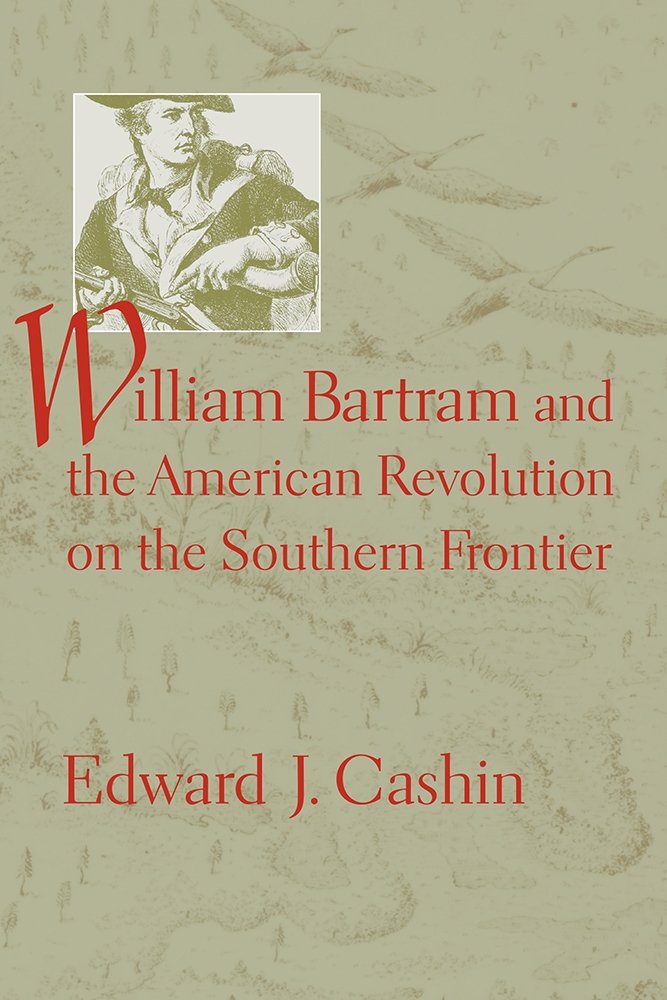 William Bartram and the American Revolution on the Southern Frontier

In Travels, the celebrated 1791 account of the "Old Southwest," William Bartram recorded the natural world he saw around him but, rather incredibly, omitted any reference to the epochal events of the American Revolution. Edward J. Cashin places Bartram in the context of his times and explains his conspicuous avoidance of people, places, and events embroiled in revolutionary fervor.

Cashin suggests that while Bartram documented the natural world for plant collector John Fothergill, he wrote Travels for an entirely different audience. Convinced that Providence directed events for the betterment of mankind and that the Constitutional Convention would produce a political model for the rest of the world, Bartram offered Travels as a means of shaping the new country. Cashin illuminates the convictions that motivated Bartram—that if Americans lived in communion with nature, heeded the moral law, and treated the people of the interior with respect, then America would be blessed with greatness.

In addition Cashin offers a detailed portrait of the often overlooked southern frontier on the eve of the Revolutionary War, revealing it to have been a coherent entity united by an uneasy coexistence of Native Americans and British colonials.


A native of Augusta, Georgia, Edward J. Cashin is director of the Center for the Study of Georgia History at Augusta State University and the author of fourteen books.

"Edward Cashin's research and analysis of Bartram is extensive and complete, giving his book the weight of a major authority on the man and his travels. . . . By pairing Bartram with the political and military events which the naturalist chose to disregard, Cashin offers us a valuable lesson in the art of historiography."—American Historical Review

"Brilliant in conception, exhaustive in research from archives and fieldwork, this book introduces a new genre of historical writing. It is thus far the most definitive work on the southern Indian frontier during the Revolutionary era."—Choice