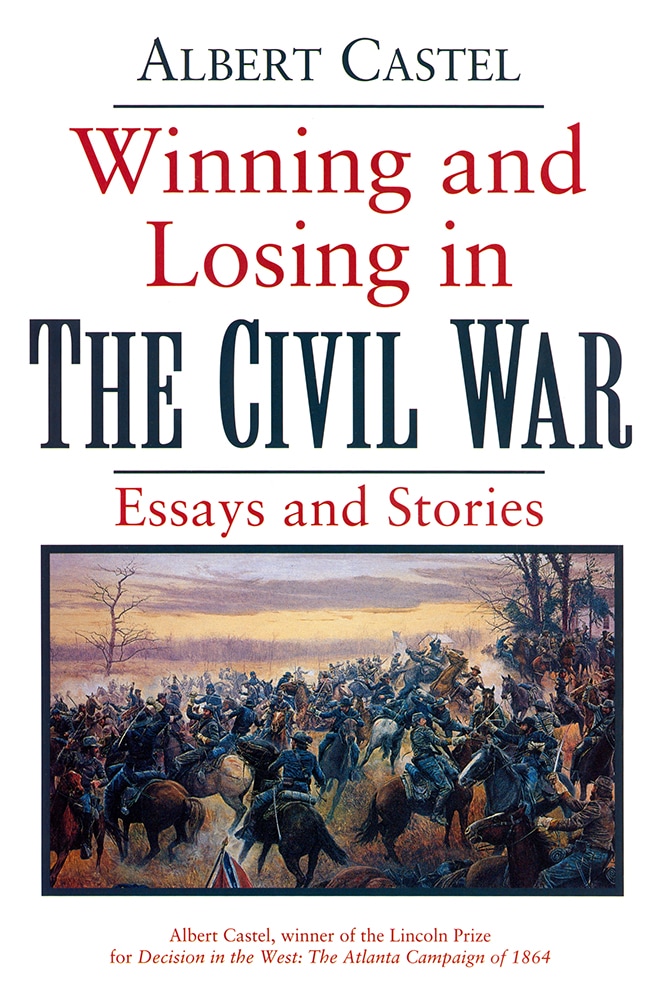 Winning and Losing in the Civil War

Winning and Losing in the Civil War collects fifteen of the most influential short writings by accomplished Civil War historian Albert Castel, each presented with his trademark wit, style, and analytical precision. The author expounds on some of the most provocative, arresting issues surrounding the war, including the dispute over inevitability of Northern victory and the question of Lee's greatness on and off the battlefield. Castel contemplates presidents and mules, generals and guerrillas, lovers and haters, facts and opinions, actualities and probabilities. In addition, he uses the volume as a forum for reflecting on his role as historian, identifying the primary problem facing present-day practitioners of Civil War historiography, and illumining what remains to be accomplished in this heavily tilled but ever-popular field of scholarly inquiry.

Widely recognized as one of the leading authorities on the Civil War, Albert Castel is a professional historian who resides in Hillsdale, Michigan. His other books include Bloody Bill Anderson: The Short, Savage Life of a Civil War Guerrilla and Articles of War: Winners, Losers, and Some Who Were Both During the Civil War.

"Castel is always a delight to read. He pulls no punches, whether he is 'correcting' history or criticizing historians. Adroit at combining dry wit with incisive analyses, Castel in Winning and Losing in the Civil War will reinforce a reputation as one of the most fascinating (if not exciting) commentators in the field."—Georgia Historical Quarterly

"One need not agree with all the arguments contained in these essays to appreciate the value of this splendid book . . . [of] brilliant and consistently provocative essays. By bringing them together under one cover, Castel and the University of South Carolina Press have performed an invaluable service to students of the Civil War."—Southern Historian

"As with the author's earlier works, readers will not be disappointed with this collection. . . . This volume is vintage Castel. His refreshing and provocative candor packaged within his usual lively prose is guaranteed to entertain and inspire."—Civil War History

"Castel's brief histories how each of these essays were or in some cases were not previously published often are as fascinating as the essays themselves."—Society of Civil War Historians Newsletter

"Readers will agree that Castel is a careful and systematic researcher. His essay on the massacre at Fort Pillow is excellent; his argument about the decisiveness of the Atlanta campaign persuasive; his assessment of the unreliability of Sherman's memoirs convincing. Castel meticulously lays out evidence and argues his case much like a trial lawyer. He hammers home his main point until, it would seem, few could or would dare question his conclusions."—Journal of Southern History