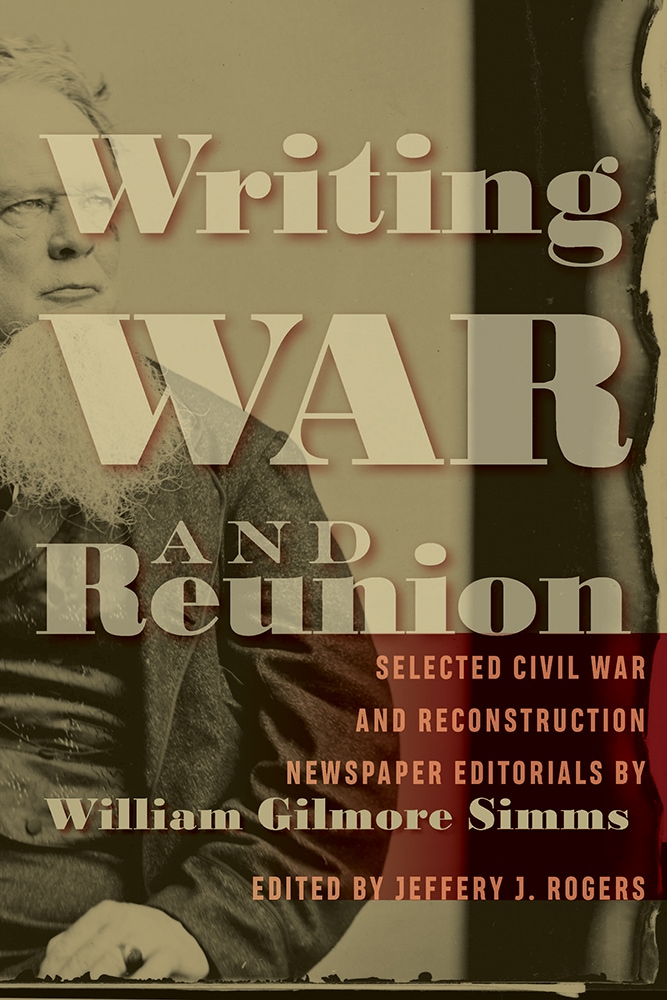 William Gilmore Simms (1806-1870) was a novelist, poet, and essayist and was considered the South's premier literary figure at the height of his popularity. No less an authority than Edgar Allen Poe remarked of Simms that "he has surpassed, we think, any of his countrymen" as a novelist. Simms's literary achievements include more than twenty major novels, several volumes of poetry, and biographies of important figures in American history.

Perhaps the least considered parts of Simms's overall body of writings are those he did for newspapers, the most interesting of which are from the era of the Civil War and Reconstruction. Writing War and Reunion offers a selection of the best of those so that we can track Simms's thoughts about, and reactions to, the conflict, from its beginnings through to its conclusion and into the early years of Reconstruction. These works provide a valuable insight into how a prominent southern intellectual interpreted and participated in these momentous events in U.S. history.

In the decades following the Civil War, Simms's reputation suffered a steady decline. Because of his associations with the antebellum South, slavery, and Confederate defeat, as well as changes in literary tastes, Simms came to be regarded as a talented but failed Southern author of a bygone era. Today a robust scholarly literature exists that has reexamined Simms, his literary works, and previous scholarly judgments and finds him to have been an important figure in the development of nineteenth-century American literature and worthy of serious study.


Jeffery J. Rogers is a professor of history at Gordon State College in Barnesville, Georgia, and is the author of A Southern Writer and the Civil War: The Confederate Imagination of William Gilmore Simms.

"This expertly curated new collection brings together Simms's writings on the Civil War and its immediate aftermath. This valuable assemblage will aid modern scholars immensely as they seek to understand how the region's preeminent novelist and journalist thought about the future of the region even as his own reputation was beginning to fade into the past."—Jonathan Daniel Wells, University of Michigan

"The many facets of Simms's complex mind are on full display here—all recorded in Simms's inimitable style, and all superbly edited and contextualized."—John Mayfield, Samford University

"Writing War and Reunion fills a major gap in the record of an important American writer. War, defeat, and Reconstruction were more than a subject for Simms; they were an existential crisis that tested his prose, his imagination, and his moral character."—John Grammer, University of the South, Sewanee