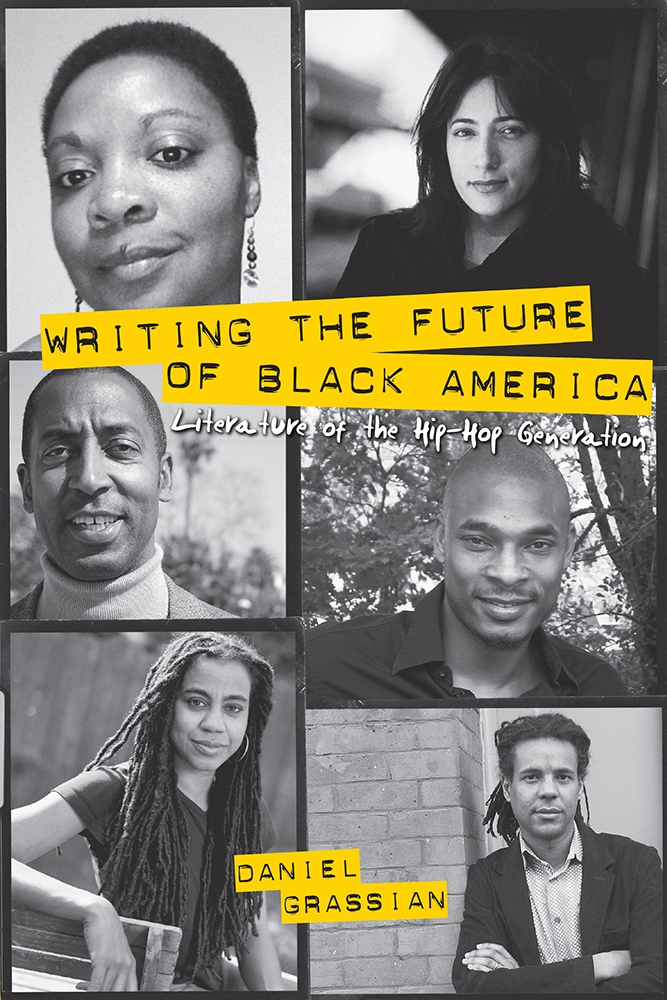 Writing the Future of Black America

Literature of the Hip-hop Generation

Writing the Future of Black America explores the work of eight representative African American writers of the hip-hop generation to assess their common themes and offer insights into contemporary race relations in America as expressed and challenged in their works. In this groundbreaking study, Daniel Grassian takes as his subjects a group of impressive novelists, essayists, poets, and playwrights—Paul Beatty, Trey Ellis, Terrence Hayes, Allison Joseph, Jake Lamar, Suzan-Lori Parks, Danzy Senna, and Colson Whitehead—to chart the depths of their literary work against that of their predecessors in the civil rights generation and their predominantly white contemporaries of Generation X.

Characterized by the pursuit of empowerment through hybridity, social criticism, and personal expression, hip-hop has become the music and culture of choice for a sizable portion of America, regardless of race or socioeconomic standing. Meanwhile the writers of this generation have received little serious critical attention, aside from singular book reviews and occasional essays. Grassian fills in a gap in the discourse with his thorough analysis of the works crafted by these distinguished hip-hop writers, and he makes a case for the validity and value of studying their sophisticated engagements with race in contemporary America. Selected because their work addresses a broad range of African American life, these writers fathom such topics as what it means to be African American or multiethnic in an increasingly global society, what role art and literature play in affecting their communities, and what positive and negative authority has been assigned to popular culture (and hip-hop culture specifically) in modern African American life.


Daniel Grassian is the chair of the Department of Humanities and assistant professor of English at Nevada State College in Henderson. He is the author of Understanding Sherman Alexie and Hybrid Fictions: American Literature and Generation X.

"Daniel Grassian has chosen one of the most glaringly neglected topics in literary criticism and hip-hop discourse and begins here to fill in a gaping hole in popular and literary inquiry. With impressive critical nuance, Grassian works to situate some of the freshest voices in African American writing against the older guard of black writers to demonstrate in their collective world view and expressive tendencies the emergence of new ideas about race, class, and identity. He considers holistically his subjects' relationship to hip-hop culture and proceeds to address a major medium of hip-hop expression in a compelling way that holds important ramifications for the character of current and future literary discourse."—Molefi Kete Asante, Temple University

"The hip-hop generation has been discussed, deconstructed, and devalued. Grassian's goal is to bridge the gap between music and literature. . . . In doing so, he begins to close the divide between hip-hop writers and hip-hop literary critics and showcases both the conflicts and convergences of the hip-hop generation."—Choice