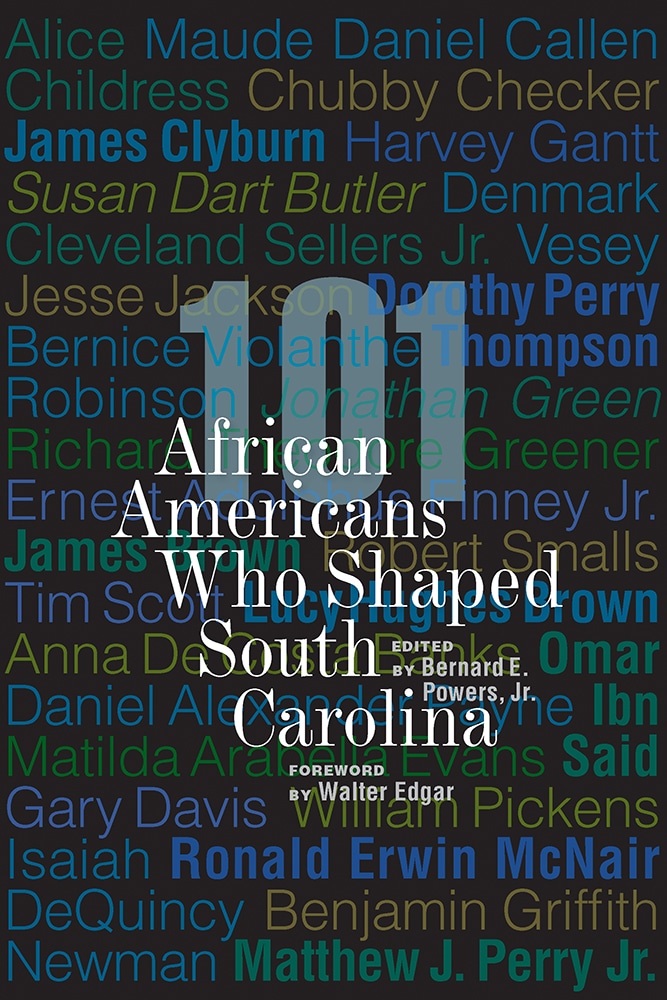 The first people of African descent to live in what is now South Carolina, enslaved people living in the sixteenth century Spanish settlements of San Miguel de Gualdape and Santa Elena, arrived even before the first permanent English settlement was established in 1670. For more than 350 years South Carolina's African American population has had a significant influence on the state's cultural, economic, and political development.

101 African Americans Who Shaped South Carolina depicts the long presence and profound influence people of African descent have had on the Palmetto State. Each entry offers a brief description of an individual with ties to South Carolina who played a significant role in the history of the state, nation, and, in some cases, world. Drawing upon the landmark text The South Carolina Encyclopedia, edited by Walter Edgar, the combined entries offer a concise and approachable history of the state and the African Americans who have shaped it.

A foreword is provided by Walter Edgar, Neuffer Professor of Southern Studies Emeritus and Distinguished Professor Emeritus of History at the University of South Carolina.

Bernard E. Powers, Jr., professor emeritus of history at the College of Charleston, was the founding director of the Center for the Study of Slavery in Charleston. He is the author of Black Charlestonians: A Social History 1822–1885 and coauthor of We Are Charleston: Tragedy and Triumph at Mother Emanuel. Powers is a founding board member and interim chief executive officer of the International African American Museum in Charleston.