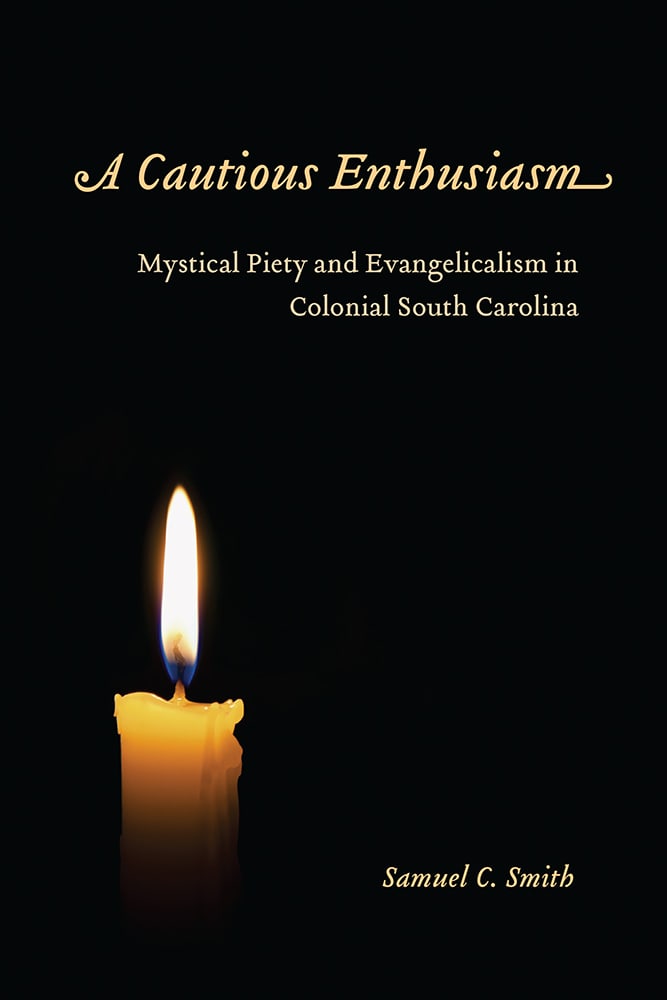 A Cautious Enthusiasm examines the religious, social, and political interplay between eighteenth-century evangelicalism and the Anglican establishment in the lowcountry South. Samuel C. Smith argues that the subjective spirituality inherent in evangelical religion was a catalyst toward political and social consensus among influential Anglican laymen. Smith finds that a close examination of the writings and actions of religion-minded South Carolinians such as Henry Laurens, Christopher Gadsden, and Anglican clergymen Robert Smith and Richard Clarke reveals the influence of evangelical zeal at the highest levels of society.

Taking his study even deeper into the religious life of lowcountry society, Smith identifies radically pietistic elements, some of which originated in the mystical writings and practices of European Roman Catholics, German Pietists, and Huguenot Calvinists. Central to this study is the recognition of Catholic mysticism's impact on the experiential side of early evangelicalism, a subject rarely explored in historical works.

A Cautious Enthusiasm provides a rare examination of Great Awakening revivalism among lowcountry Anglicans by tracing the European origins into the lowcountry South. This study demonstrates how elements of mystical religiosity prodded some to associate evangelical revivalists with Catholicism and displays how subjective elements of religion contributed to a unique patriotic consensus among lowcountry Anglicans in the Revolutionary era.


Samuel C. Smith is associate professor of history at Liberty University in Lynchburg, Virginia. Smith was a research assistant for the documentary editions of The Papers of Henry Laurens and The Papers of John C. Calhoun.

"Historians of religion in the early modern era have produced monumental schiolarship on Catholicism, Protestantism, and, wedged in between, Anglicanism. These great contending Christian traditions were top-down movers of nations and empires. Only recently, however, have scholars discerned bottom-up forces of Christian spirituality which were not parties to Reformation struggles but instead were localized folk movements shaping families and communities in a more intimate way. Samuel C. Smith's discovery of pietism and evangelicalism in colonial South Carolina joins the late Rhys Isaac's path breaking work on Baptists and Methodist in Virginia and Daniel Thorp's on North Carolina Moravians in demonstrating the social efficacy of primitive Christianity in the colonial South. The influx of piety into the colony, Professor Smith insightfully suggests, was a liberating experience but also a troubling one. The Spirit that these believers found to be a palpable reality offered them comfort in the form of caution in their politics, in their ethical deliberations, and in their troubled yearning for a safe and sanctified slavery. With curiosity and insight, the author probes the psyches, consciences, and devotional disciplines of all sorts of people. His investigation moves wherever the irrepressible evidence of spirituality leads him, often across boundaries of authority, wealth, gender, race, and sensibility. In this book, we visit a colonial South Carolina notable for its authenticity."—Robert M. Calhoon, author of Political Moderation in America's First Two Centuries

"A carefully considered exploration of the pliant, bridge-building spiritualities of evangelical dissenters in the colonial-Revolutionary Carolina Low Country, as influenced by Continental pietist enthusiasm and Roman Church mysticism — tracing this influence upon lay Anglicans in the established power structure, Smith contributes a valuable new dimension to the history of the Awakening."—Kevin Lewis, University of South Carolina

"Smith is thoroughly convincing in demonstrating the flexibility of an Anglican evangelicalism rooted in pietism and Catholic mysticism within South Carolinian elite society."—Gregory A. Michna, Books on the South