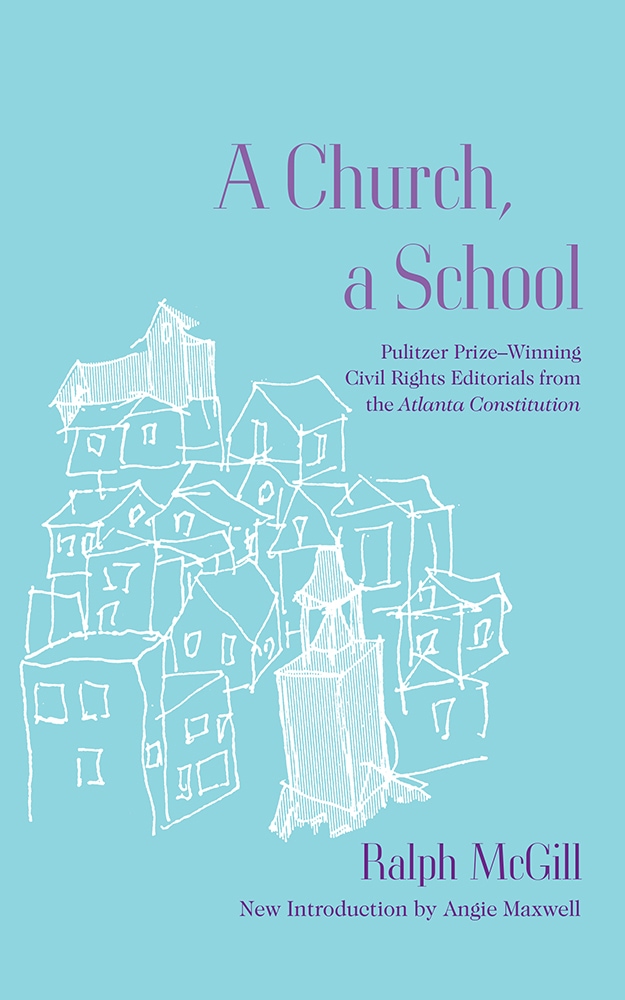 A Church, a School

Ralph McGill (1898-1969) was the editor in chief of the Atlanta Constitution during the turbulent years of the civil rights movement that followed Brown v. Board of Education, and he became an outspoken advocate for integration and racial tolerance in the South. In this Southern Classics edition, Angie Maxwell offers a new critical introduction that analyzes McGill's as an activist and advocate for social change.The editorials that compose A Church, a School marked McGill's emergence as a prolific advocate of nonviolence and social responsibility and evidenced the progressive values of the Constitution.

A Church, a School contains twenty-nine editorials that elucidate the historical record of liberal Southern participation in the civil rights movement. This is not a record of what happened in the South in the late 1950s; rather it is a map of the intellectual and psychological terrain that liberal journalists, such as McGill, traveled and the obstacles they encountered.

Ralph McGill was an editor and publisher of the Atlanta Constitution who was best known as a leading voice for racial and ethnic tolerance in the South from the 1940s through the 1960s. He was awarded the Pulitzer Prize for Editorial Writing in 1959, at the age of sixty-one.

Angie Maxwell is the Diane D. Blair Professor of Southern Studies and an assistant professor of political science at the University of Arkansas, Fayetteville. She is the coeditor of Unlocking V. O. Key Jr.: Southern Politics for the Twenty-First Century and The Ongoing Burden of Southern History: Politics and Identity in the Twenty-First-Century South.

"truly, the introductory essay alone is worth the purchase."—Georgia Library Quarterly