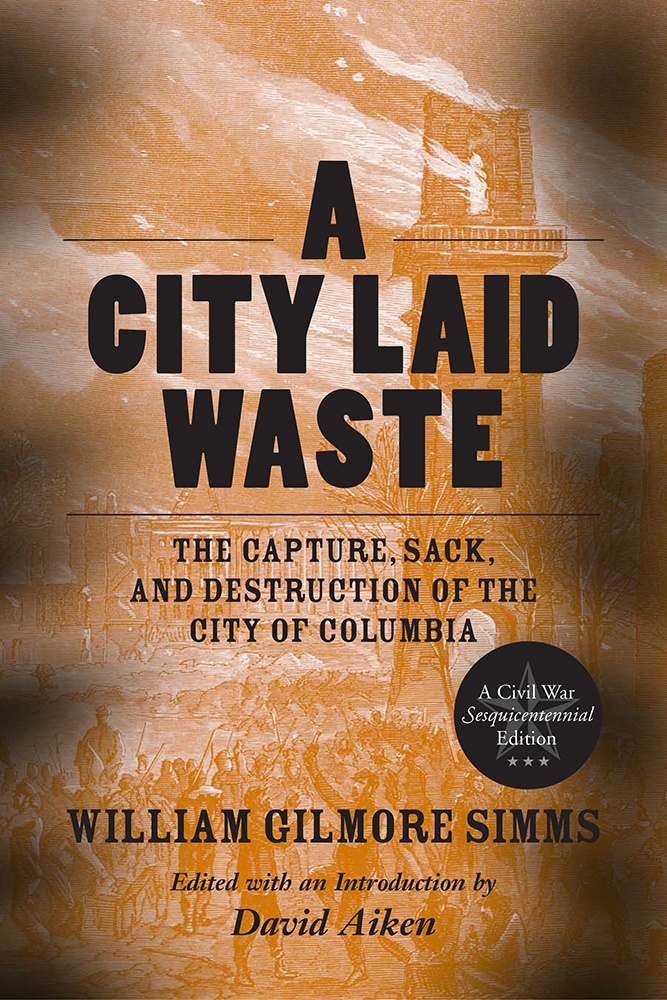 The Capture, Sack, and Destruction of the City of Columbia

In the first reissue of these documents since 1865, A City Laid Waste captures in riveting detail the destruction of South Carolina's capital city. William Gilmore Simms (1806-1870), a native South Carolinian and one of the nation's foremost men of letters, was in Columbia and witnessed firsthand the city's capture and destruction. A renowned novelist and poet, who was also an experienced journalist and historian, Simms deftly recorded the events of February 1865 in a series of eyewitness accounts published in the first ten issues of the Columbia Phoenix and reprinted here. His record of burned buildings constitutes the most authoritative information available on the extent of the damage. Simms historian David Aiken provides a historical and literary context for Simms's reportage. In his introduction Aiken clarifies the significance of Simms's articles and draws attention to factors most important for understanding the occupation's impact on the city of Columbia.

David Aiken is retired from teaching English at the College of Charleston and the Citadel. Aiken has written, edited, or introduced more than fifty articles and books on Simms and other Southern writers, including Fire in the Cradle: Charleston's Literary Heritage, The Golden Christmas, and Blood Money.

"A graphic account of the horrors, the brutality and sometimes wanton destruction of warfare, particularly of civil war, where sectional enmities and jealousies tend to eclipse humane instincts, Aiken's book is a worthy contribution to the body of studies that continues to emerge on the literary contributions of William Gilmore Simms."—Charleston (S.C.) Post and Courier

"A shrewd viewer of the war scene in Columbia, famed Southern writer William Gilmore Simms published stinging, courageous exposés of the doings of the Northern forces, even when threatened with arrest. The restoration of his candid firsthand accounts of the destruction wrought by Sherman's forces against the South Carolina capitol and its inhabitants is a great service to all who study and appreciate Southern history and literature. David Aiken's detailed introduction to A City Laid Waste offers us the context for better understanding the historical and current significance of these reports of invasion, terror, and mass destruction by U.S. troops during wartime."—James Everett Kibler, author of Our Fathers' Fields and founding editor of the Simms Review

"William Gilmore Simms, literary lion of the old South and resident of Columbia, South Carolina, when William T. Sherman's troops arrived, wrote about the destruction of an elegant city before its ashes or his passions had cooled. For Simms, the city suffered a 'demonic saturnalia' of wicked and drunken troops, monsters under a banner of 'streaks and spangles.' His newspaper accounts, restored to print here for the first time since their original publication, also inaugurated an as yet unresolved debate about responsibility for the burning of Columbia."—John Y. Simon, executive director of the Ulysses S. Grant Association and professor of history at Southern Illinois University Carbondale