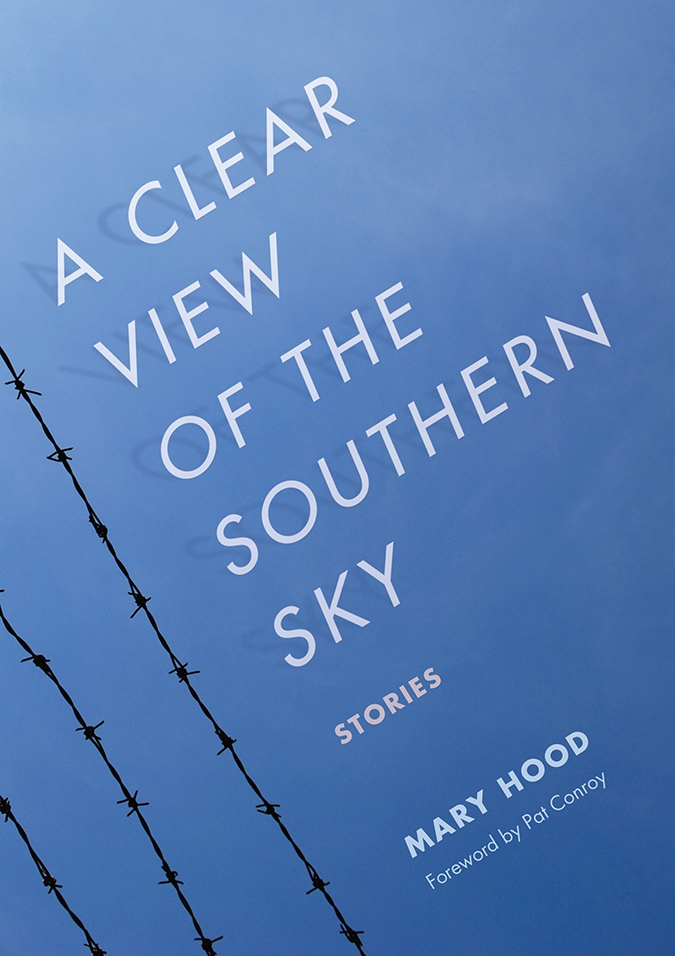 A Clear View of the Southern Sky

A Clear View of the Southern Sky reveals women in the twenty-first century doing what women have always done in pursuit of life, liberty, and happiness. In each of the ten tales from southern storyteller Mary Hood, women have come—by circumstances and choice—to the very edge of their known worlds. Some find courage to winnow and move on; others seek the patience to risk and to stay. Along the way hearts, bonds, speed limits, fingernails, and the Ten Commandments get broken. Dust settles, but these women do not.

In the title story, a satellite dish company promises that happiness—or at least access to its programming—requires just a TV and a clear view of the southern sky. The short story itself reveals the journey of a Hispanic woman whose mission is to assassinate a mass murderer, an agenda triggered by post-traumatic stress wrought by seeing the murderer's cynical grin on a news program. We follow her into the shadow of an enormous satellite dish on a roof across the street from the courthouse and ultimately into a women's prison English-as-Second-Language class where she must confront her life. She has slept but never dreamed, and now she wakes.

In other stories Hood introduces us to a kindergarten teacher, stunned by a student's blurted-out question, as she discovers her deepest vocation and the mystery of its source. We meet a widow who befriends a young neighbor, only to realize they must keep secrets from each other and hold fast to their hope. A woman trucker discovers the depth of her love as she imagines her cell phone calls—and her sweetheart's own messages—winging their way, tower to tower, along her interstate route. Two stories deal with one man and two of his wives and how they learn the lessons only love can teach about the reach and limitations of ownership and forever. The collection concludes with the novella "Seambusters," in which a diverse cast of women workers in a rural Georgia mill sew camouflage for U.S. soldiers in Afghanistan. The women are part of a larger purpose, and they know it. When the shadow of death passes over the factory, each woman and the entire community find out what it really means to have American Pride.

Mary Hood is the author of the novel Familiar Heat and two short story collections, How Far She Went (winner of the Flannery O'Connor Award for Short Fiction and the Southern Review/LSU Short Fiction Award) and And Venus Is Blue (winner of the Lillian Smith Award, the Townsend Prize for Fiction, and the Dixie Council of Authors and Journalists Author of the Year Award). Hood's work has also been honored with the Whiting Writers' Award, the Robert Penn Warren Award, and a Pushcart Prize. A 2014 inductee into the Georgia Writers Hall of Fame, Hood lives and writes in Commerce, Georgia.

"Hood, a 2014 inductee into the Georgia Writers Hall of Fame, delivers 10 striking stories about women making difficult decisions.... In the collection's foreword, Pat Conroy compares Hood to Alice Munro and Margaret Atwood, saying she 'blew into my reading life with hurricane force winds' — a fitting description of these unsettling tales."—Atlanta Journal-Constitution

"In A Clear View of the Southern Sky. . . every sentence is so delicately polished, so deliberately paced, the result is a treasury of 10 small masterpieces."—Teresa Weaver, Atlanta magazine

"You do not want to miss this collection of Mary Hood's stories, A Clear View of the Southern Sky. Her prose demonstrates moral sense, compassion, narrative efficiency, and depth of vision—all rolled together—placing her squarely among America's best writers."—Clyde Edgerton, author of Pappadaddy's Book for New Fathers and Walking Across Egypt

"Reading a Mary Hood story is like listening deeply as someone talks their way through the dark toward the light of some essential truth about their life. Her voice is unmistakable and her steadfast empathy and honesty are gifts to everyone who reads her remarkable stories."—Pam Durban, author of The Tree of Forgetfulness: A Novel

"These stories teem with women whose integrity asserts itself ecclesiastically in a world that grants shallow women a tactical advantage. Hood's women know how to hang their high heels on gun racks, sew camouflage covers for M1-Abrams tanks, and bury someone else's dog. They are invisible adepts among us; one sacrifices herself to wipe the smile off a serial killer's face. Hood's trademark is her incandescent bearing witness to what is hidden in plain sight. She is a stubborn negotiator on behalf of our human tribe."—Cynthia Shearer, author of The Wonder Book of Air and The Celestial Jukebox

"Mary Hood's edgy prose and her insights into the complexity of being human startles us, creating suspense about which path a character might choose.In these nine stories and one novella Hood focuses on the lives of women —the choices available as well as the choices closed to them. At times we see a woman block her own opportunities, or find a different path; but Hood's women are always unmasked — becoming vulnerable, identifiable, and compelling. You pull for them; you want them to find sovereignty."—Elizabeth Cox, author of Night Talk, The Slow Moon, and The Ragged Way People Fall Out of Love

"A Clear View of the Southern Sky is a transcendent work of art and an intense reminder of what a great writer can achieve. Mary Hood is an American treasure, and this new book solidifies her place among the very best of our time. Her voice is essential and necessary, and without it we would all be so much the poorer. I am more grateful for this book—and for Mary Hood—than I can say."—Philip Lee Williams, author of The Flower Seeker: An Epic Poem of William Bartram

"The word that first came to mind when I finished this book was fierce: these stories are fiercely original, fiercely intelligent, fiercely honest. ——They are also carefully researched and carefully wrought, as if they have been distilled. Each one of them contains a novel. Mary Hood could be the spiritual love child of Flannery O'Connor and Barry Hannah, or maybe she's simply Mary Hood, not only one of the most unique Southern writers ever, but a true American treasure."—Lee Smith, author of New York Times best seller The Last Girls

2015 Books All Georgians Should Read, Georgia Center for the Book
2016 Townsend Prize for Fiction
2016 Georgia Author of the Year, Finalist for Short Stories