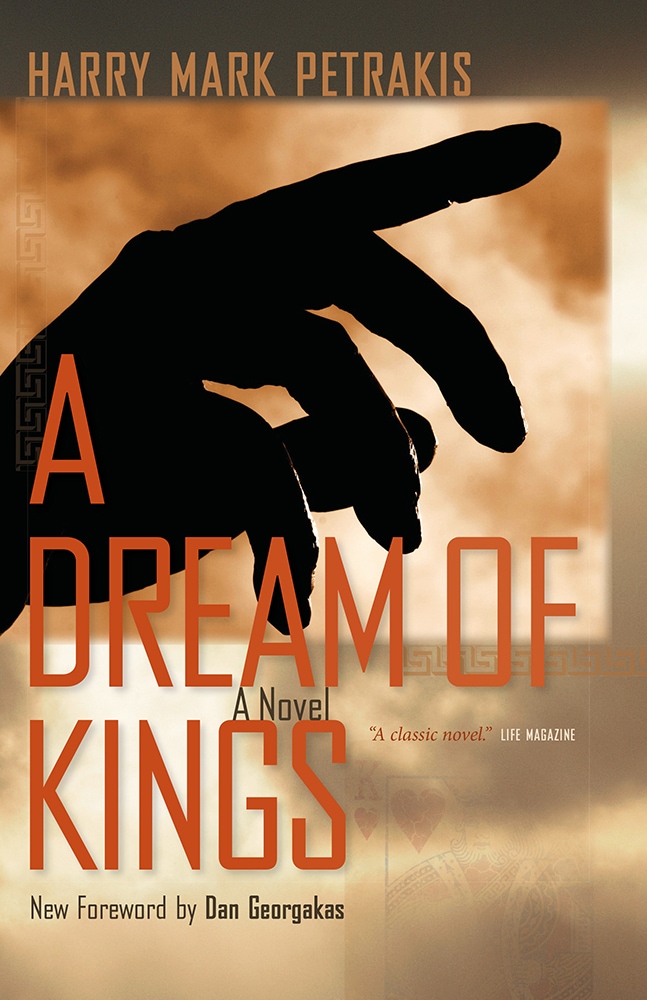 A Dream of Kings

A finalist for the National Book Award in its original edition, this classic American novel from acclaimed Chicago storyteller Harry Mark Petrakis is being brought back into print in conjunction with the publication of Petrakis's latest memoir, Song of My Life.

At the heart of A Dream of Kings is Leonidas Matsoukas, operator of the Pindar Counseling Service ("Solutions provided for all problems of life and love"), proponent of wildly creative get-rich-quick schemes, passionately loving husband and father, equally ardent lover of the beautiful bakeshop proprietor Anthoula, incurable gambler, and incorrigible fighter. Matsoukas is a fiercely proud Greek immigrant with a zest for the temptations of his new home on Halsted Street in 1960s Chicago. He dreams of conquering the city but the tragic illness of his young son Stavros pits him against the larger opponent of fate. By turns comic and heartbreaking, A Dream of Kings combines the power of classical myth—a man raging against the gods—with the vitality, emotion, and joyous ebb and flow of our all-too-human lives. "The gods have chosen you for eternal disaster," Matsoukas's friend Cicero tells him, "but you take every act that has been prepared for your punishment and turn it into some kind of triumph."

A Dream of Kings was first published in 1966. It was a New York Times best seller, translated into twelve languages, and made into a 1969 feature film starring Anthony Quinn and Irene Papas. This new edition includes a foreword from Dan Georgakas, retired director of the Greek American Studies Project at the Center for Byzantine and Modern Greek Studies at Queens College-CUNY and editor of the Journal of Hellenic Diaspora.


In addition to two National Book Award nominations, Harry Mark Petrakis has been honored with the O. Henry Award, the Chicago Public Library's Carl Sandburg Award, and awards from the Friends of American Writers, Friends of Literature, and the Society of Midland Authors. He has held teaching appointments at Ohio University as McGuffy Visiting Lecturer and at San Francisco State University as Kazantzakis Professor in Modern Greek Studies. His numerous books include, most recently, the novel The Shepherds of Shadow, a daily record of the joy and anguish of writing in Journal of a Novel, and his third memoir, Song of My Life (published by the University of South Carolina Press).

"I have often thought what a wonderful basketball team could be formed from Petrakis characters. Every one of them is at least 14 feet tall."—Kurt Vonnegut Jr.

"Harry Mark Petrakis is good news in American literature. His style is in the classic manner. He writes about his characters with vigor and zest."—Issac Bashevis Singer

"Petrakis . . . is true to himself. In his tales, real or imaginary, violence is measured by brotherhood, passionate hate by passionate love. And, in the end, it is man who, despite his weaknesses and his blindness, has a right to victory."—Elie Wiesel