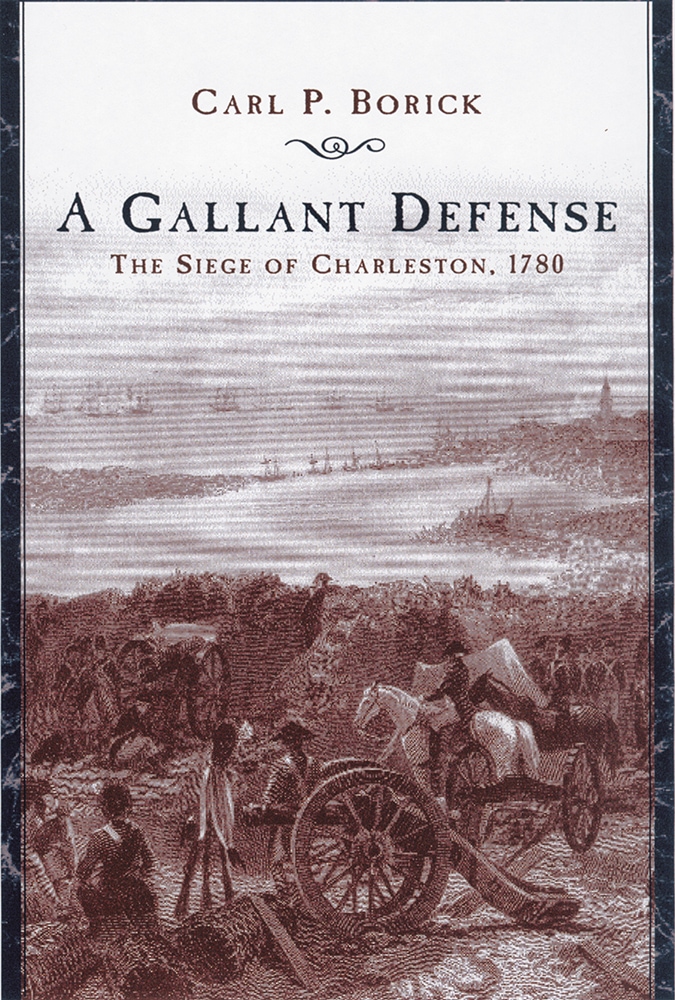 A detailed account of the tactics, strategy, and grassroots galvanization in a pivotal Revolutionary War campaign

In 1779 Sir Henry Clinton and more than eight thousand British troops left the waters of New York, seeking to capture the colonies' most important southern port, Charleston, South Carolina. Clinton and his officers believed that victory in Charleston would change both the seat of the war and its character. In this comprehensive study of the 1780 siege and surrender of Charleston, Carl P. Borick offers a full examination of the strategic and tactical elements of Clinton's operations.

Suggesting that the importance of the siege has been underestimated, Borick contends that the British effort against Charleston was one of the most critical campaigns of the war. Borick examines the reasons for the shift in British strategy, the efforts of their army and navy, and the difficulties the patriots faced as they defended the city. He explores the roles of key figures in the campaign, including Benjamin Lincoln, William Moultrie, and Lord Charles Cornwallis.

Borick relies on an impressive array of primary and secondary sources relating to the siege and includes maps that depict the British approach to the city and the complicated military operations that led to the patriots' greatest defeat of the American Revolution.


Carl P. Borick is the assistant director of the Charleston Museum in Charleston, South Carolina, and the author of Relieve Us of This Burthen: American Prisoners of War in the Revolutionary South, 1780–1782.

"A welcome addition to the history of South Carolina and of the American Revolution."—Journal of Military History

"Borick provides a well-researched account of this key moment in the military history of the American Revolution when patriot fortunes seemed at their lowest point."—Southern Historian

"A handsome volume that is both well researched and accessible to a general readership. A Gallant Defense is an insightful fusion of military, political, and social history."—Charleston (S.C.) Mercury

"The reader discerns clear prose, research and interpretations that are solid, a few myths are dispelled, and details of technology, battle plans and maneuvers are found in no other single place."—Charleston (S.C.) Post and Courier

"Borick's work is a most useful addition to the historiography of the Revolutionary War's southern campaigning. It was long overdue."—Journal of Southern History