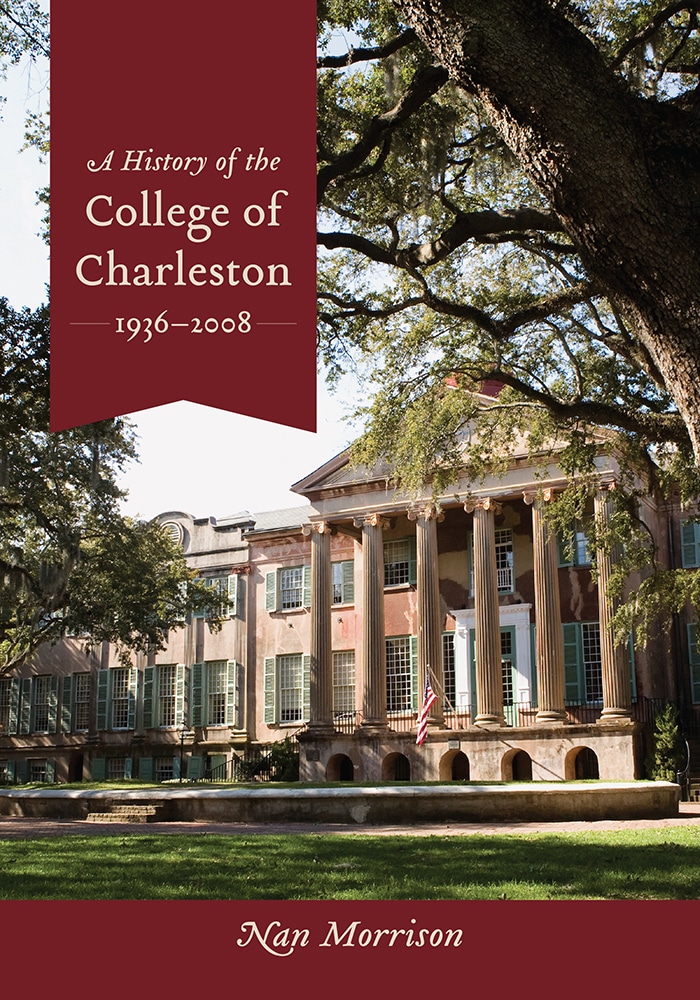 Founded in 1770, the College of Charleston has evolved over time, like the historic port city in which it is situated, to preserve the best elements of its heritage while growing to meet the challenges of the present and future. This history of the college in the modern era surveys its responses to the challenges of the civil rights era, its expansions during a period when enrollment grew from fewer than five hundred to more than ten thousand, and its developments in the midst of transformative changes in higher-education administration and funding.

From nearly closing its doors while resisting integration in the 1960s to its monumental growth during the 1970s to the 1990s, the College of Charleston remade itself several times while continuing to offer a high-caliber education in the sciences and humanities. In 1970 the college became part of the South Carolina state-sponsored higher-education system, which also includes the University of South Carolina, Clemson University, the Citadel, and other institutions. As a state school, the college expanded its facilities throughout the Charleston peninsula and across the Ashley and Cooper rivers as well. Now a robust university with a diverse student body seeking undergraduate and graduate degrees, the college maintains its hard-won reputation through enriching student experiences in classroom and laboratory instruction, enhanced curricula, and cultural opportunities offered by its historic host city.

"Knowledge itself is liberty," promises the seal of the College of Charleston. Now with nearly fifty thousand alumni representing all fifty states and more than seventy nations, the college continues to excel at graduating a manifold student body eager to realize intellectual potential through original inquiry and creative expression. Enhanced with thirty-nine illustrations, this briskly paced narrative highlights the activities of students, faculty, and alumni over the last eight decades while also sharing stories of the events and personalities that have helped shape the modern history of the College of Charleston.

"Nan Morrison seamlessly interweaves the history of the College of Charleston since the 1930s with developments in the South Carolina lowcountry and in higher education nationwide. Her narrative is enhanced by the different (and sometimes clashing) threads of student life, faculty initiatives and concerns, administrative decisions, and regional politics and economics. Although she celebrates the many accomplishments of the individuals who left their imprint on the College fabric, she is not afraid to point out flaws in the institutional woof and warp or in the colorful characters that gave it form."—Amy Thompson McCandless, dean of the Graduate School and professor of history, College of Charleston

"Nan Morrison in this book is what she was in the classroom that scared us so—thorough, meticulous, exacting. This is good history about a good school by a good writer."—Padgett Powell (class of '74), author of The Interrogative Mood: A Novel? and others works