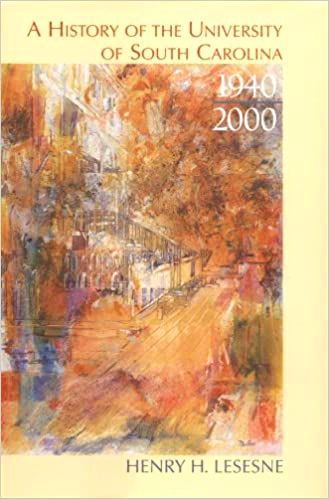 The history of the modern University of South Carolina (originally chartered as South Carolina College in 1801) describes the significant changes in the state and in the character of higher education in South Carolina. World War II, the civil rights struggle, and the revolution in research and South Carolina's economy transformed USC from a small state university in 1939, with a student body of less than 2,000 and an annual budget of $725,000, to a 1990 population of more than 25,000 and an annual budget of $454 million. Then the University was little more than a small liberal arts college; today the university is at the head of a statewide system of higher education with eight branch campuses.

Henry H. Lesesne recounts the historic transformation of USC into a modern research university, grounding that change in the context of the modernization of South Carolina and the South in general. The half century from 1940 to 1990 wrought great changes in South Carolina and its most prominent university. State and national politics, the challenges of funding modern higher educations, and the explosive growth of intercollegiate sports are among other elements of the University that were transformed.

Lesesne describes with candor and impressive research how the University of South Carolina and, indeed, all of the state's higher education system emerged from a past limited by racism and poverty and began to measure its aspirations by national educational standards.