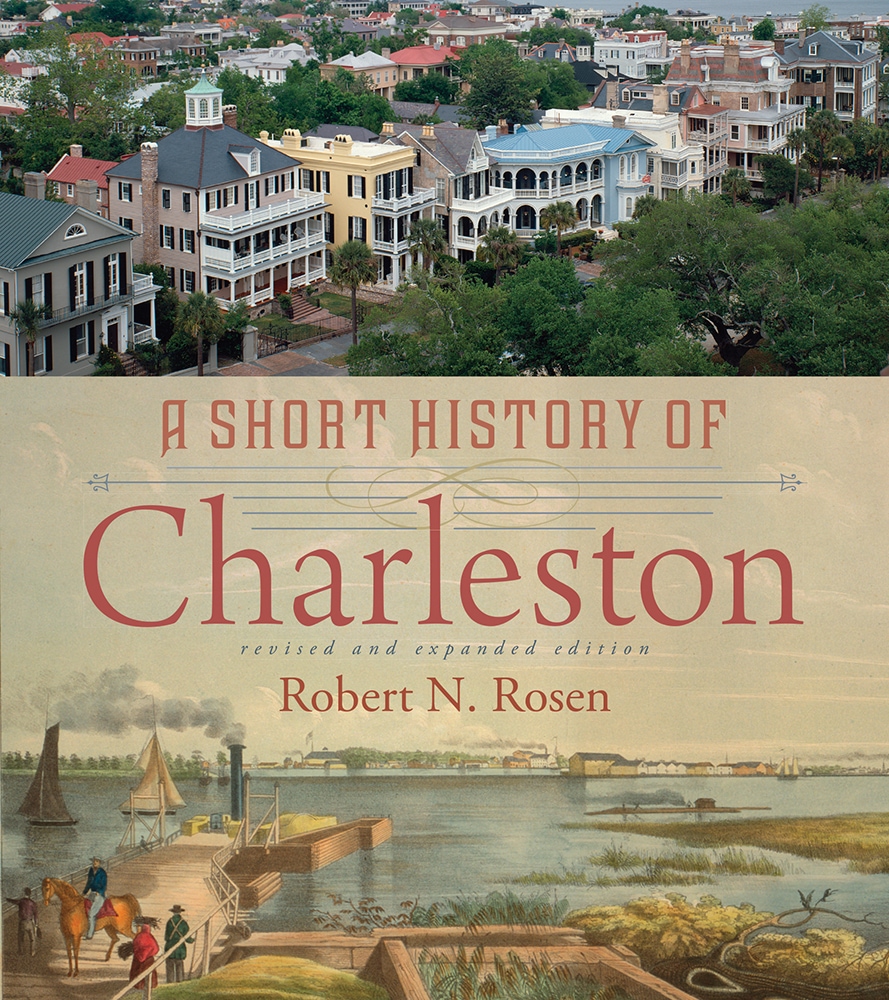 A Short History of Charleston, revised and expanded edition

A Short History of Charleston—a lively chronicle of the South's most renowned and charming city—has been hailed by critics, historians, and especially Charlestonians as authoritative, witty, and entertaining. Beginning with the founding of colonial Charles Town and ending three hundred and fifty years later in the present day, Robert Rosen's fast-paced narrative takes the reader on a journey through the city's complicated history as a port to English settlers, a bloodstained battlefield, and a picturesque vacation mecca. Packed with anecdotes and enlivened by passages from diaries and letters, A Short History of Charleston recounts in vivid detail the port city's development from an outpost of the British Empire to a bustling, modern city.

This revised and expanded edition includes a new final chapter on the decades since Joseph Riley was first elected mayor in 1975 through its rapid development in geographic size, population, and cultural importance. Rosen contemplates both the city's triumphs and its challenges, allowing readers to consider how Charleston's past has shaped its present and will continue to shape its future.


Robert Rosen, a third-generation Charlestonian, practices law on historic Broad Street. A trial lawyer and partner in The Rosen Law Firm, he is the author of Confederate Charleston: An Illustrated History of the City and People during the Civil War, The Jewish Confederates, and Saving the Jews: Franklin D. Roosevelt and the Holocaust.

"Sprightly and entertaining... Robert Rosen has captured the flavor and flair of Charleston as few writers have been able to do."—The Post & Courier

"Rosen is alert to the ironies and idiosyncrasies of his native city, and he writes of personalities and events with an easy, knowing hand, neither boastfully nor regretfully."—The State

"While the history of Charleston has been told many times before, it's not often been rendered so wryly, briskly, or affectionately as by author Robert Rosen in his A Short History of Charleston: Revised and Expanded Edition. His lively and fast-paced book—at just over 200 pages with numerous black-and-white illustrations—succinctly sums up nearly 350 years, spanning the city's proprietary past to its present incarnation as a tourist destination dependent on (and finally coming to terms with) its past."—Charleston Magazine