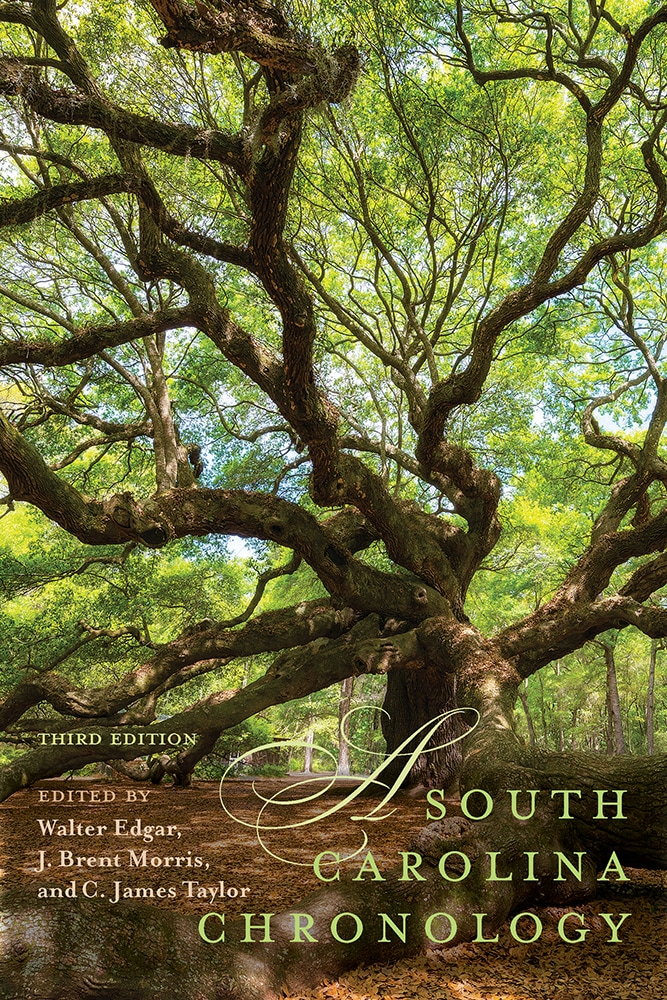 While the previous edition referenced precontact South Carolina in a brief introduction, this edition begins with the chapter "Peopling the Continent (17,200 BCE-1669)." It acknowledges the extent to which the lands where Europeans began arriving in the fifteenth century had long been inhabited by indigenous people who were members of complex societies and sociopolitical networks.

An easy-to-use inventory of the people, politics, laws, economics, wars, protests, storms, and cultural events that have had a major influence on South Carolina and its inhabitants, this latest edition reflects a more complete picture of the state's past. From the earliest-known migrants to the increasingly complex global society of the early twenty-first century, A South Carolina Chronology offers a solid foundation for understanding the Palmetto State's past.

J. Brent Morris is professor of history, chair of the Department of Humanities, and director of the Institute for the Study of the Reconstruction Era at the University of South Carolina Beaufort. He is the recipient of the 2010 Malcolm C. Clark Award of the South Carolina Historical Society and the 2018 Order of the South award by the Southern Academy of Letters, Arts, and Sciences.

C. James Taylor is the former editor in chief of the Adams Family Papers at the Massachusetts Historical Society. He is also a former associate research professor of history at the University of South Carolina and was coeditor of The Papers of Henry Laurens. He was coeditor with George C. Rogers Jr. of the second edition of A South Carolina Chronology.