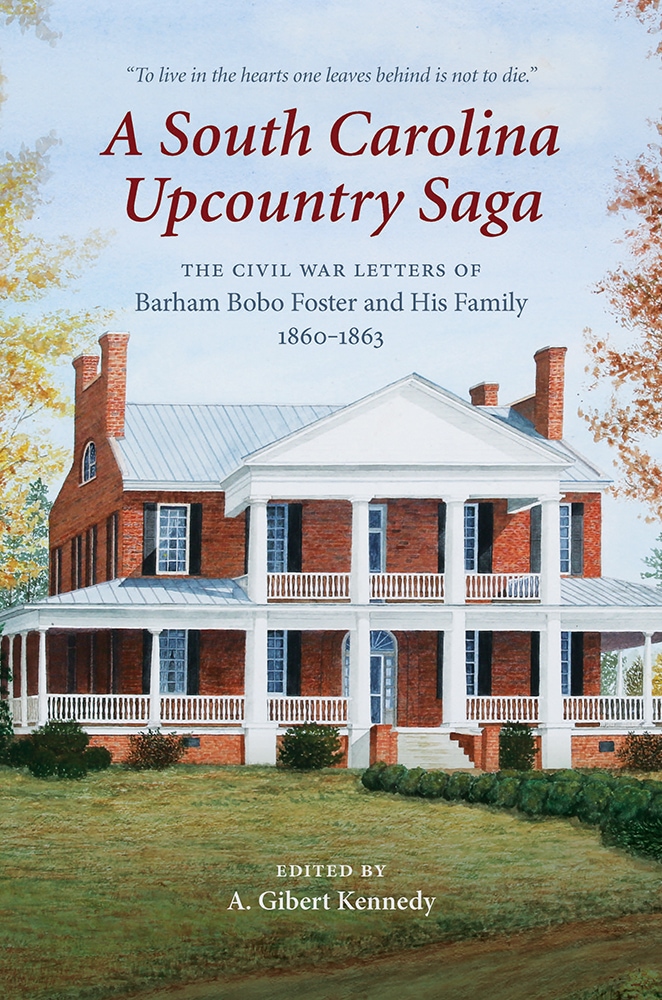 edited by A. Gibert Kennedy

Hope, sacrifice, and restoration: throughout the American Civil War and its aftermath, the Foster family endured all of these in no small measure. Drawing from dozens of public and privately owned letters, A. Gibert Kennedy recounts the story of his great-great-grandfather and his family in A South Carolina Upcountry Saga: The Civil War Letters of Barham Bobo Foster and His Family, 1860-1863.Barham Bobo Foster was a gentleman planter from the Piedmont who signed the South Carolina Ordinance of Secession and served as a lieutenant colonel in the Third South Carolina Volunteers alongside his two sons. Kennedy's primary sources are letters written by Foster and his sons, but he also references correspondence involving Foster's daughters and his wife, Mary Ann.The letters describe experiences on the battlefields of Virginia and South Carolina, vividly detailing camp life, movements, and battles along with stories of bravery, loss, and sacrifice. The Civil War cost Foster his health, all that he owned, and his two sons, though he was able to rebuild with the help of his wife and three daughters. Supplementing the correspondence with maps, illustrations, and genealogical information, Kennedy shows the full arc of the Foster family's struggle and endurance in the Civil War era.

A. Gibert Kennedy earned a B.A. in history from East Carolina University and a B.S. in electrical engineering from the University of Tennessee. He retired from a career in nuclear engineering in 2015. Kennedy has a bookselling business that specializes in South Carolina and Civil War history.

"A South Carolina Upcountry Saga makes engrossing reading for anyone interested in the history of our state."—Aiken Standard

"Kennedy seized a rare opportunity to step inside the lives of past ancestors, walk in their shoes and learn about their lives. In so doing, he provides a window for historians and others to gain new insights into one of America's darkest hours."—Civil War Book Review