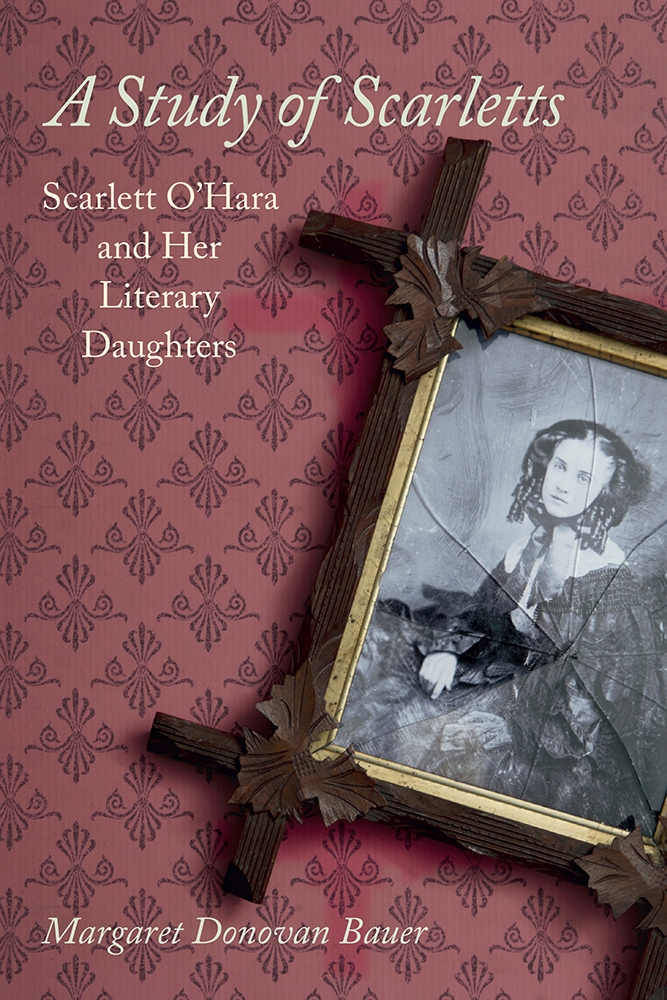 A Study of Scarletts

Scarlett O'Hara and Her Literary Daughters

There are two portrayals of Scarlett O'Hara: the widely familiar one of the film Gone with the Wind and Margaret Mitchell's more sympathetic character in the book. In A Study of Scarletts, Margaret D. Bauer examines these two characterizations, noting that although Scarlett O'Hara is just sixteen at the start of the novel, she is criticized for behavior that would have been excused if she were a man.

In the end, despite losing nearly every person she loves, Scarlett remains stalwart enough to face another day. For this reason and so many others, Scarlett is an icon in American popular culture and an inspiration to female readers, and yet, she is more often than not condemned for being a sociopathic shrew by those who do not take the time to get to know her through the novel.

After providing a more sympathetic reading of Scarlett as a young woman who refuses to accept social limitations based on gender and seeks to be loved for who she is, Bauer examines Scarlett-like characters in other novels. These intertextual readings serve both to develop further a less critical, more compassionate reading of Scarlett O'Hara and to expose societal prejudices against strong women.

The chapters in A Study of Scarletts are ordered chronologically according to the novels' settings, beginning with Charles Frazier's Civil War novel Cold Mountain; then Ellen Glasgow's Barren Ground, written a few years before Gone with the Wind but set a generation later, in the years leading up to and just after World War I; Toni Morrison's Sula, which opens after World War I; and finally, a novel by Kat Meads, The Invented Life of Kitty Duncan, with its 1950s- to 1960s-era evolved Scarlett.

Through these selections, Bauer shows the persistent tensions that both cause and result from a woman remaining unattached to grow into her own identity without a man, beginning with trouble in the mother-daughter relationship, extending to frustration in romantic relationships, and including the discovery of female friendship as a foundation for facing the future.


Louisiana native Margaret D. Bauer is the Ralph Hardee Rives Chair of Southern Literature at East Carolina University in Greenville, North Carolina, where she was named one of ECU's ten Women of Distinction in 2007 and received the university's Lifetime Achievement Award for Research and Creative Activity in 2014. She is the author of The Fiction of Ellen Gilchrist, William Faulkner's Legacy: "what shadow, what stain, what mark" and Understanding Tim Gautreaux, University of South Carolina Press, 2010.

"A wise and wonderfully fresh look at the novel, Gone with the Wind, its misread heroine Scarlett, and her literary descendants. Bauer overturns the heterosexual romance script of the novel and posits female friendship as an alternative reading. An important and provocative book in southern studies and women's studies."—Mary Ann Wilson, professor of English, University of Louisiana-Lafayette