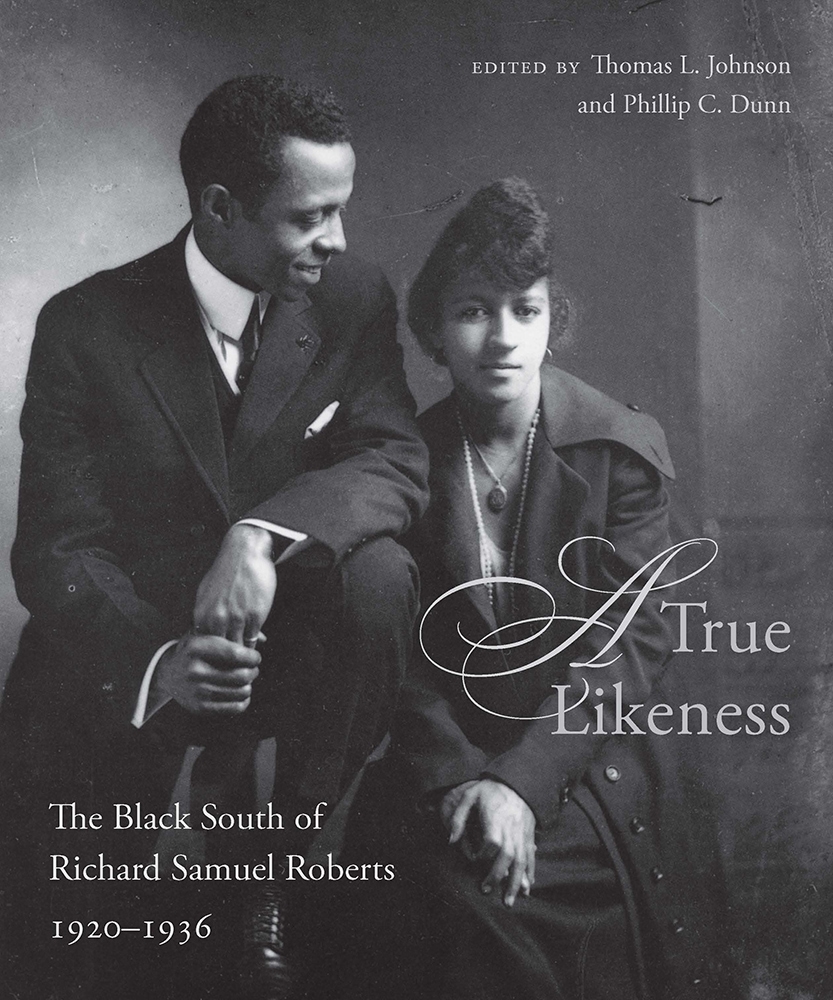 Extraordinary photos that reveal the social, economic, and cultural realities of the Black South

A True Likeness showcases the extraordinary photography of Richard Samuel Roberts (1880-1935), who operated a studio in Columbia, South Carolina, from 1920 to 1935. He was one of the few major African American commercial photographers working in the region during the first half of the twentieth century, and his images reveal the social, economic, and cultural realities of the black South and document the rise of a small but significant southern black middle class.

The nearly two hundred photographs in A True Likeness were selected from three thousand glass plates that had been stored for decades in a crawl space under the Roberts home. The collection includes "true likenesses" of teachers, preachers, undertakers, carpenters, brick masons, dressmakers, chauffeurs, entertainers, and athletes, as well as the poor, with dignity and respect and an eye for character and beauty.

Thomas L. Johnson and Phillip C. Dunn received a 1987 Lillian Smith Book Award for their work on this book. This new edition of A True Likeness features a new foreword by Elaine Nichols, the supervisory curator of culture at the Smithsonian National Museum of African American History and Culture in Washington, D.C. A new afterword is provided by Thomas L. Johnson.


Thomas L. Johnson, now retired, was a career field archivist with the University of South Carolina's South Caroliniana Library. An award-winning author and editor, he serves as a life member on the board of governors of the South Carolina Academy of Authors.

Phillip C. Dunn, chair and Louise Fry Scudder Professor Emeritus of Art at the University of South Carolina, is an award-winning author and photographer living on the western banks of Chesapeake Bay.

"Each print in the collection is abundant in detail, in expression and in mood. . . . Turning the pages from one image to another, we are awed not only by their individual brilliance but also by their collective power—the drama of social history unfolding before our eyes."—(Charleston) News and Courier

"It's a stunning, mysterious book. Like a novel without words, it tells the story of a certain people in a certain time and place . . . in photographs so striking they seem surreal. Every picture is a surprise. . . . Richard Roberts's gentle eyes clearly SAW. Luckily he left us what he saw: these faces, families, grief and joy, and always an enduring sense of human dignity."—(Durham) Independent

"While the excellent introduction . . . makes clear that Roberts was a craftsman, the photographs in this oversize volume are the best evidence of Roberts' devotion to his art."—Washington Post

"A True Likeness is clearly a labor of love and scholarship. It is an invaluable contribution to American history, a thoughtful and enlightened approach to black Southern Life. . . . a magnificent book."—Booklist

"[A True Likeness is] a book that resonates with human beauty and historical truth."—(Raleigh) News and Observer

"A True Likeness is "a surprising, captivating and enigmatic collection of early 20th-century commercial photographs."—

"Exquisite, elegant, and extremely exceptional are only a few words that can describe the brilliant art of Richard Samuel Roberts."—The Colonnade

"Roberts's pictures . . . constitute a rich source for the history of a 1920's and 1930's Southern black community."—New York Times

"Through his versatility and acumen Roberts produced an extremely important body of work—as significant as that of Prentice H. Polk, James Van Der Zee, Doris Ulmann or Walker Evans."—Artnews

"Black-art lovers will enjoy A True Likeness —a glimpse of Black life in the South during the Jazz Age."—Essence

"This is a book to peruse at length, for the stories these faces tell, both good and bad, only grow more detailed and rich the more often the viewer gazes upon the visages."—Booklist