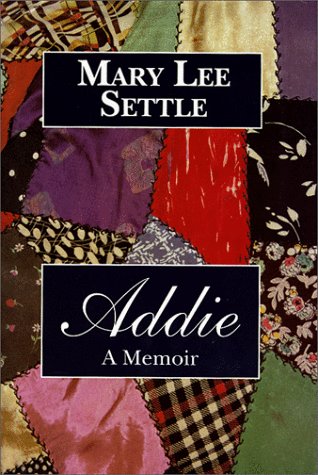 An autobiography that begins with one's birth begins too late, in the middle of the story, sometimes at the end. So begins Mary Lee Settle's memoir. Her story carries within it inherited choices, old habits, old quarrels, old disguises, and the river that formed the Kanawha Valley of West Virginia and the mores of her childhood. She traces effects on her family and herself as ancient as earthquakes, mountain formations, and the crushing of swamp into coal deposits. In doing so, Settle records the expectations, talents, and tragedies of a people and a place that would serve as her deep and abiding subject in The Beulah Quintet.

Like her grandmother Addie, who beckoned an audience with the words, "Let me tell you something," Settle relays the story of her life with richness and compassion. She tells of her own birth on the day of the worst casualties of World War I, when her mother was obsessed with fear for a beloved brother stationed in France; of growing up in a time of boom and bust; of the Great Depression; of clinging to a frail raft of gentility that formed her early adolescence. She traces dreams from the attic of a music school where she found a friend who took her to Shakespeare and a teacher who forced her to recognize true pitch.

Addie ends back at its source, in the Kanawha Valley, with those, now dead, who helped to form the author's life. The memoir closes with the burial of the last of the inheritors of Beulah, Settle's cousin, to whom Addie is dedicated.


Mary Lee Settle's major work is The Beulah Quintet, and her Blood Tie was the winner of the National Book Award. Settle has received an Award for Literature from the American Academy and Institute of Arts and Letters, and awards from the Southern Regional Council, the Guggenheim Foundation, and the Merrill Foundation. She is the founder of the PEN/Faulkner Award for Fiction. The author, most recently, of Choices, Settle's backlist is published with new introductions by the author by the University of South Carolina Press. She lives in Charlottesville, Virginia.

"s I read and watched, I felt I'd fallen into Settle's world, a time-traveller, broadened and provoked and saddened by people and a landscape I never knew. Only a masterpiece can generate such illusions and, in my opinion, Mary Lee Settle has written one."—Marianne Gingher, Brightleaf

"This book is brutally honest . . .Addie is the highest art. . . If you're lucky enough to find a bookstore smart enough to stock Addie, you'll recognize the book before you even spot the title."—Appalachian Journal

"A book of depth and delicacy. . . Using the skill [she] has honed over a forty-five year literary career, she has created a rich and complex double memoir. It is another star in her crown."—Southern Quarterly

"How a grandmother's divorce influenced a granddaughter's fiction is explained in Mary Lee Settle's autobiography, Addie, in which the author's grasp of history becomes evident as eminently personal business."—Jerome Klinkowitz, American Literary Scholarship

"That she has brought her considerable skills and vision as a novelist to the writing of autobiography is reason enough to feel grateful."—New York Times