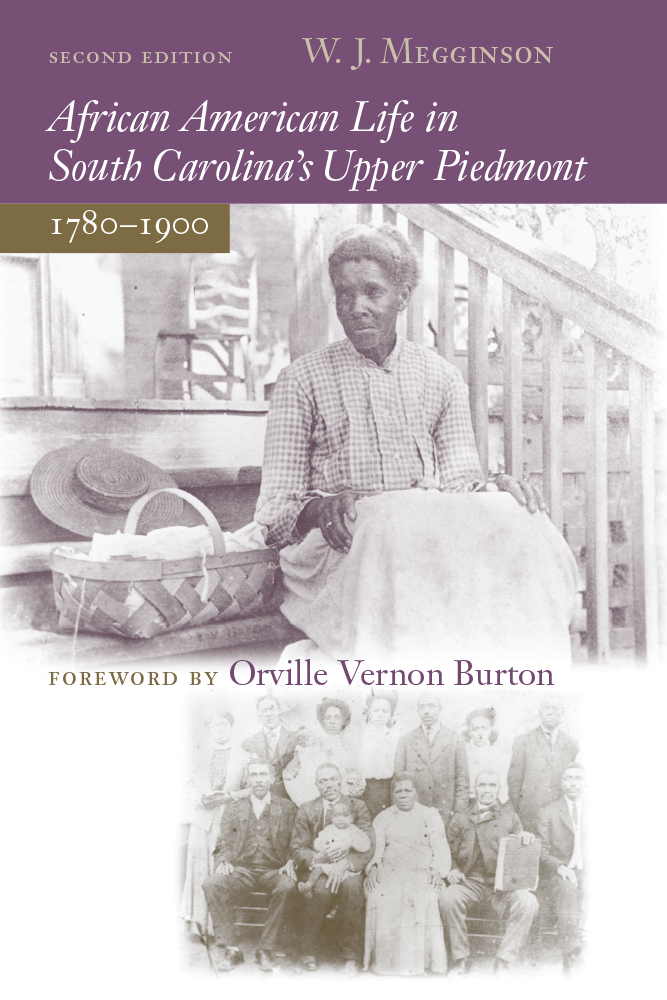 A rich portrait of Black life in South Carolina's Upstate

Encyclopedic in scope, yet intimate in detail, African American Life in South Carolina's Upper Piedmont, 1780-1900, delves into the richness of community life in a setting where Black residents were relatively few, notably disadvantaged, but remarkably cohesive. W. J. Megginson shifts the conventional study of African Americans in South Carolina from the much-examined Lowcountry to a part of the state that offered a quite different existence for people of color. In Anderson, Oconee, and Pickens counties—occupying the state's northwest corner—he finds an independent, brave, and stable subculture that persevered for more than a century in the face of political and economic inequities. Drawing on little-used state and county denominational records, privately held research materials, and sources available only in local repositories, Megginson brings to life African American society before, during, and after the Civil War. Orville Vernon Burton, Judge Matthew J. Perry Jr. Distinguished Professor of History at Clemson University and University Distinguished Teacher/Scholar Emeritus at the University of Illinois, provides a new foreword.

"By focusing on three counties in the northwest corner of South Carolina, W. J. Megginson illuminates how African Americans interacted with whites and at the same time struggled to sustain their own community. Relying on a broad range of contemporary and statistical evidence, the author offers a new perspective concerning the complex nature of race relations over more than a century in an area where the Black population remained in a minority."—Loren Schweninger, Elizabeth Rosenthal Excellence Professor emeritus, University of North Carolina Greensboro

"This remarkable and totally engrossing piece of scholarship—among the very best works ever published about African American life in the South—stands as a model of local history and research writing. Every page casts new and revealing light on such subjects as race relations and Black religion, education, and social life in the South during the period."—Allen B. Ballard, professor of history and Africana studies emeritus, State University of New York-Albany