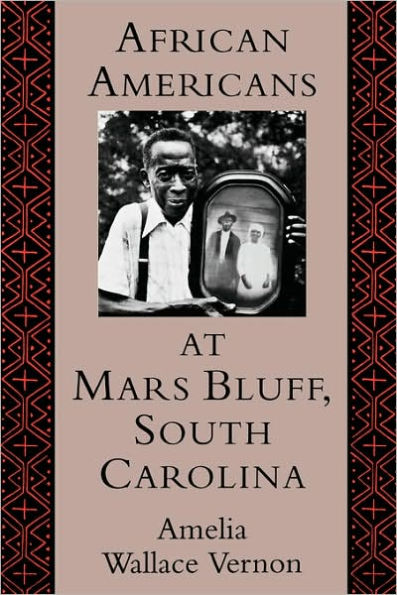 The inspiring story of a community shaped by its African legacy

Amelia Wallace Vernon was reared in Mars Bluff, a small farming community in South Carolina's pine belt. Though she moved away from the town early in her adult life, on her annual visits home she became increasingly interested in exploring and preserving the history of its African-American community. Over a period of years, she taped interviews with elderly members, who shared a trove of information about their lives and those of their ancestors. Allowing the story to unfold largely through the words of her subjects, Vernon has fashioned a fascinating history of the African Americans who lived in Mars Bluff from the mid-eighteenth century to the mid-twentieth-century.

Unlike the African Americans of coastal South Carolina, inland blacks have received little historical attention, making Vernon's book particularly valuable. Among other discoveries, she reveals the survival of many African traditions and the perpetuation of a West African form of agriculture commonly associated with coastal South Carolina—the cultivation of rice.


Amelia Wallace Vernon, a retired nurse who is now a writer, lives in Dubuque, Iowa.

"An affectionate look at an almost unknown corner of American history."—Chicago Sun-Times

"An important look about black culture . . . The rice growers of Mars Bluffs have lived far off the beaten track, yet their history sheds light on blacks who live everywhere; so too, [Vernon's] courageous, unassuming labor of love, conducted outside the more studied seaboard districts, enhances the rich and complex record of African achievement in America."—New York Times Book Review