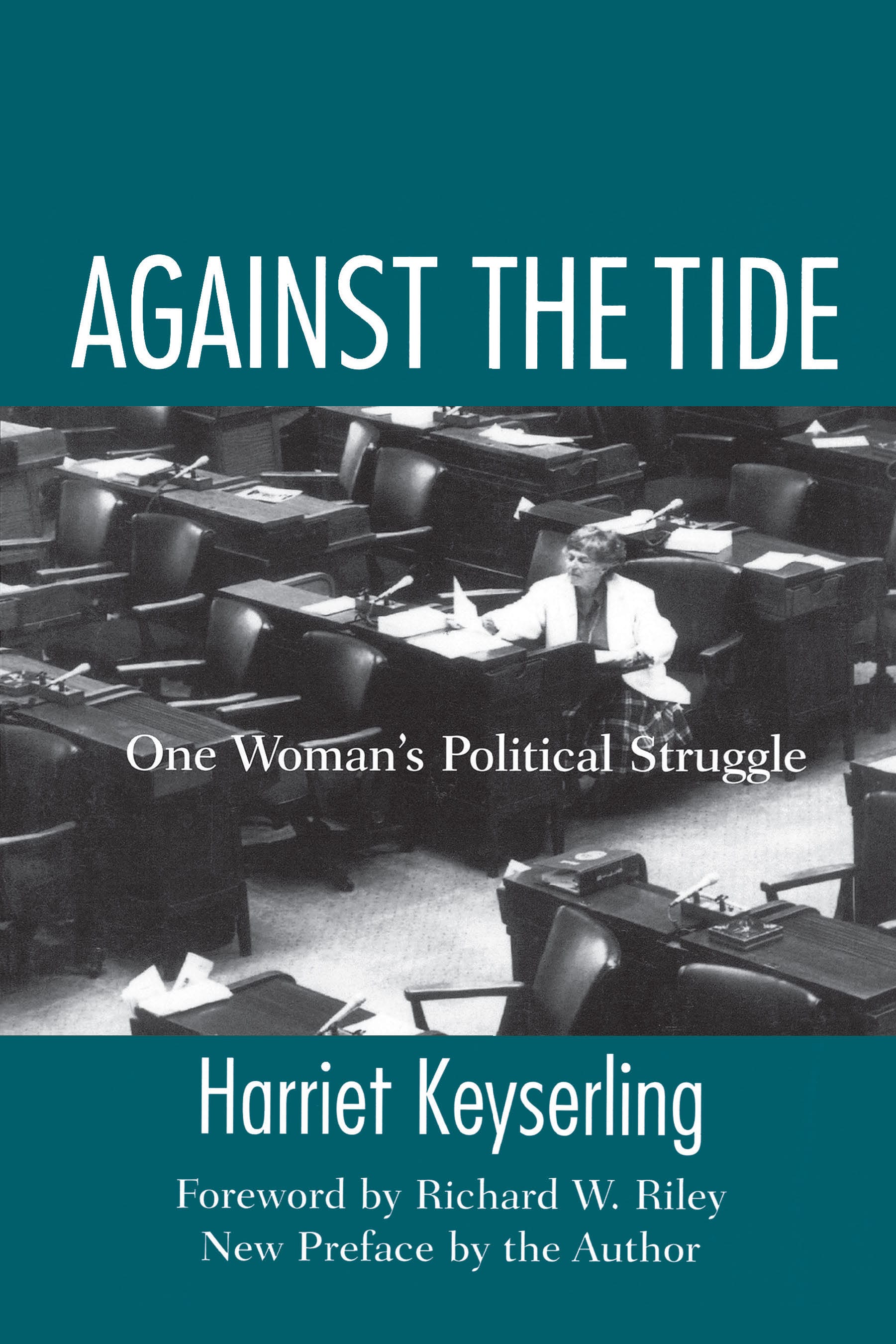 Against the Tide tells the intensely personal story of Harriet Keyserling, an unconventional politician struggling to gain self confidence, beat the odds, and make a lasting difference. Tracing Keyserling's journey into the world of "good ol' boy" Southern politics and her labors to reform the political system in South Carolina, it is the story of a woman who arrived a Yankee liberal and became an effective eight-term legislator in the South Carolina House of Representatives. At a time when the political tide was turning, Keyserling proved that one person can effect change in spite of overwhelming obstacles. In the new preface to this paperback edition, Keyserling brings her story up to the present and discusses its relevance to a radically different political scene.

Harriet Keyserling graduated from Barnard College with honors in economics and mathematics. She lives in Beaufort, South Carolina.

"This book is not just a call to women to join in political struggles. It is an inspiration on another level—as proof that one courageous person can bring about change in the face of overwhelming odds."—Southern Changes

"Against the Tide is the best book I have ever read about the byzantine politics of the South. It makes issues that bore me to death absolutely fascinating. The book is passionate, necessary, and extraordinarily well-written. It has the look of a classic."—Pat Conroy

"This is a marvelous memoir—modest, brave, principled, and compassionate, just like the woman who wrote it."—David S. Broder