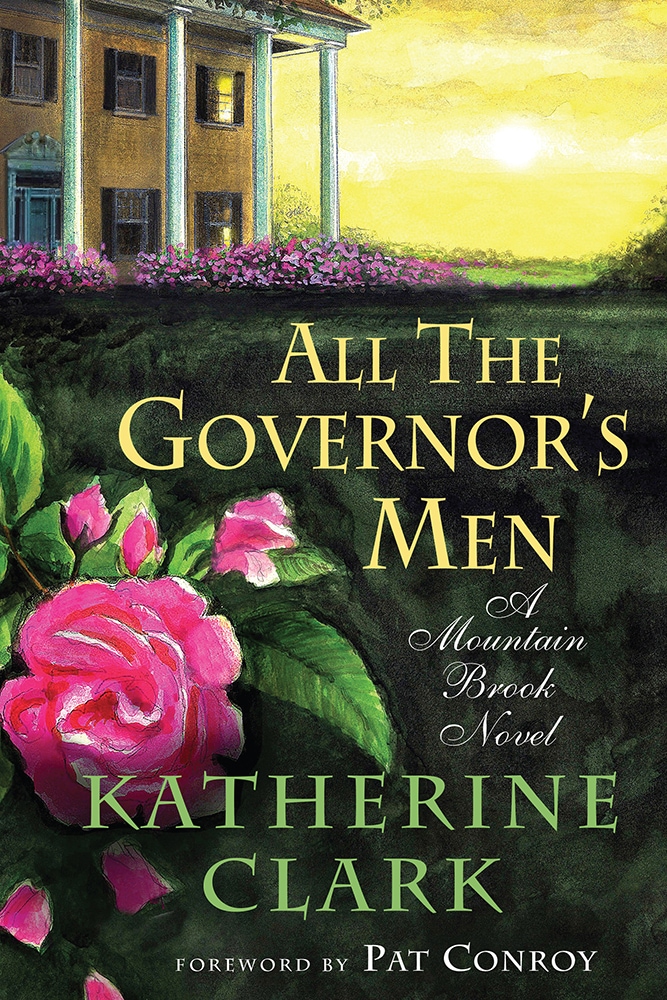 All the Governor's Men

It's the summer of George Wallace's last run for governor of Alabama in 1982, and the state is at a crossroads. In Katherine Clark's All the Governor's Men, a political comedy of manners that reimagines Wallace's last campaign, voters face a clear choice between the infamous segregationist, now a crippled old man in a wheelchair, and his primary opponent, Aaron Osgood, a progressive young candidate poised to liberate the state from its George Wallace-poisoned past.

Daniel Dobbs, a twenty one-year-old Harvard graduate and South Alabama native, is one of many young people who have joined the campaign representing hope and change for a downtrodden Alabama. A political animal himself, Daniel possesses so much charm and charisma that he was nicknamed "the Governor" in college. Nowhe is engaged in the struggle to conquer once and for all the malignant man Alabamians have traditionally called "the Governor."

This historic election isn't the only thing Daniel wants to win. During his senior year, he fell in love with a freshman girl from Mountain Brook, the "Tiny Kingdom" of wealth and privilege, a world apart from his own Alabama origins. A small-town country boy, Daniel desperately wants to gain the favor of his girlfriend's family along with her mentor, the larger-than-life English teacher Norman Laney. Daniel also wants to keep one or two ex-girlfriends firmly out of the picture. In the course of his summer, he must untangle his complicated personal life, satisfy the middle-class dreams of his parents for their Harvard-educated son, decide whether to enter law school or launch his own political career, and, incidentally, help his candidate defeat George Wallace, in a close and increasingly dirty race.

All the Governor's Men is a darkly comic look at both the political process in general and a significant political chapter in Alabama history. This second novel in Katherine Clark's Mountain Brook series depicts the social and political landscape of an Alabama world that is at once a place like no other and at the same time, a place like all others.


Katherine Clark holds an A.B. degree in English from Harvard and a Ph.D. in English from Emory. She is the coauthor of the oral biographies Motherwit: An Alabama Midwife's Story, with Onnie Lee Logan, and with Eugene Walter of Milking the Moon: A Southerner's Story of Life on This Planet, a finalist for a National Book Critics Circle award. All the Governor's Men, the second in her series of novels featuring Laney and his students, is preceded by The Headmaster's Darlings and will be followed by The Harvard Bride and The Ex-Suicide, forthcoming from the University of South Carolina Press's Story River Books. Clark's oral biography of Pat Conroy is also forthcoming from the University of South Carolina Press. She lives on the Gulf Coast.

"All the Governor's Men is a delightful, oversexed romp through Alabama society and politics. Big kudos to Katherine Clark for nailing Alabama society, culture, and politics so true. As a nearly life-long resident of the Heart of Dixie, I nodded again and again as I read. For those attempting to understand a sometimes baffling state, All the Governor's Men provides considerable illumination."—John Sledge, author of Southern Bound and The Mobile River

"With scathing but affectionate humor, Clark hooks the reader from the beginning with Daniel Dobb's epic quest to save Alabama from itself and its twisted history. Clark's often irreverent, even naughty tone, as she explores the relationship between the two Harvard-educated characters from Alabama— the Opelika boy with political aspirations and the Mountain Brook belle with brains—doesn't detract from the serious portrayal of class and racial divisions in this brave, at times scandalous, and brilliant parody of the tiny kingdom and the backroom politics and small town mentality within the state at large."—Lanier Scott Isom, journalist and co-author of Grace and Grit: My Fight for Equal Pay and Fairness at Goodyear and Beyond

"All the Governor's Men tells the intimate story of one Alabama election that seems so authentic and universal it could stand as a case study in the ruinous underworld of politics everywhere. . . . Katherine's novel illustrates how fools can disguise themselves as idealists, and even as heroes, until the mask of idealism falls away to reveal a grotesque—or, worse yet—an all-too-human visage beneath. . . . Her power as a novelist is on full display in her comic, shrewd and unflagging interrogation of the South on the cusp of reluctant but nonetheless metamorphic change."—Pat Conroy, from the foreword