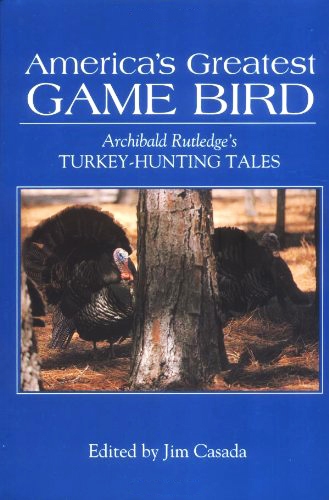 Captures the lure and lore of the wary creature once proposed as the U.S. national bird

During the first half of the twentieth century, Archibald Rutledge hunted wild turkeys in the woodlands surrounding his ancestral South Carolina plantation. He became wise in the ways of the wary creature and wrote prolifically about the sport.


Jim Casada, a nationally recognized authority on turkey hunting, is author of several books on the outdoors. He lives in Rock Hill, South Carolina.