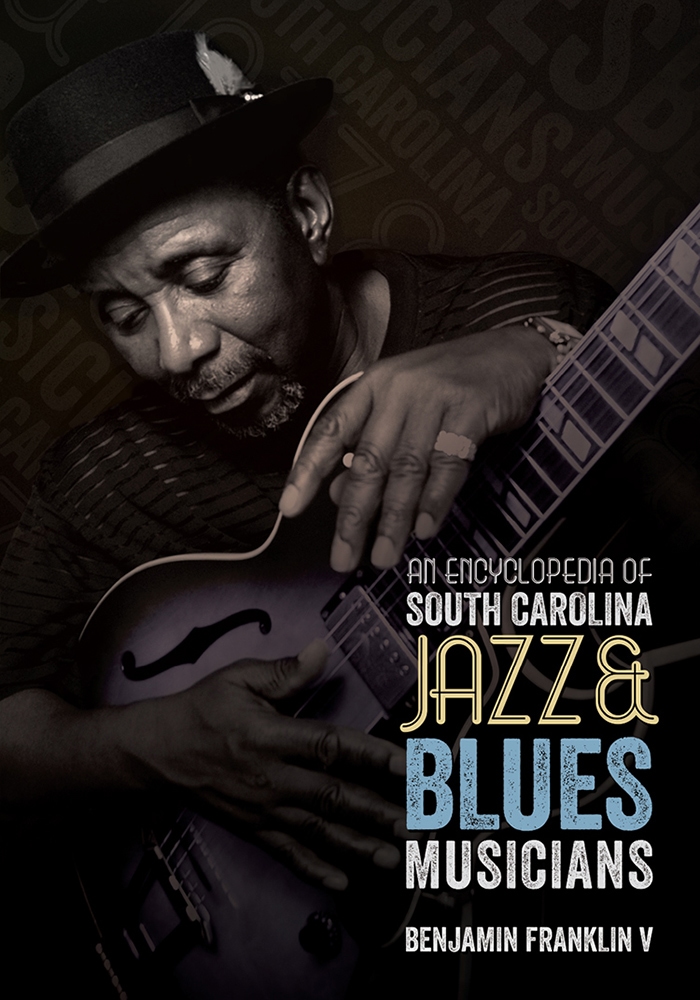 An Encyclopedia of South Carolina Jazz and Blues Musicians

In An Encyclopedia of South Carolina Jazz and Blues Musicians, Benjamin Franklin V documents the careers of South Carolina jazz and blues musicians from the nineteenth century to the present. The musicians range from the renowned (James Brown, Dizzy Gillespie), to the notable (Freddie Green, Josh White), to the largely forgotten (Fud Livingston, Josie Miles),to the obscure (Lottie Frost Hightower, Horace "Spoons" Williams), to the unknown (Vince Arnold, Johnny Wilson).

Though the term "jazz" is commonly understood, if difficult to define, "blues" has evolved over time to include rhythm and blues, doo-wop, and soul music. Performers in these genres are represented, as are members of the Jenkins Orphanage bands of Charleston. The volume also treats nineteenth-century musicians who performed what might be called proto-jazz or proto-blues in string bands, medicine shows, vaudeville, and the like.

Organized alphabetically, from Johnny Acey to Webster Young, the book's entries include basic biographical information, South Carolina residences, career details, compositions, recordings as leaders and as band members, films, awards, Web sites, and lists of resources for additional reading. Franklin has ensured biographical accuracy to the greatest degree possible by consulting such sources as the census, military registers, passport applications, and other public documents including, when law permitted, death certificates. Information in these records permitted him to dispel myths and correct misinformation that have surrounded South Carolina's musical history for generations.

"The musicians cited, where appropriate, have their birth dates, place of birth/death, S.C. residence(s), references, bios, recordings, compositions, films, awards, websites included. The entries range from a few lines to almost 3 pages and the amount of research that clearly went into this is remarkable. One would think this is the work of a lifetime. I think of myself pretty well versed in jazz history yet probably at least half of the entries in the book are new to me and even with familiar names there is new information. Franklin has produced a masterful piece of research and an essential reference work."—Robert D. Rusch, Cadence: The Independent Journal of Creative Improvised Music

"It is a treasure trove Franklin produced from a multitude of sources covering the past two centuries."—(carolinaliving.com/Compass eNews)

"Franklin is meticulous in his research, leaving no stone unturned when it comes to places and dates. The book covers Quincy Jones, Leroy Vinnegar, Bud Shank, Don Lanphere, Thara Memory, John Stowell and dozens of musicians you may not have known about."—Rifftides

"This study is comprehensively thorough. The same succinct format is followed; biographical history, recordings and - most impressively - secondary references for further reading. These are matchless. Bluesman, Henry Johnson, whom I helped first locate over forty years ago, is covered to a degree that I could never have produced. This careful and sympathetic research is applied to all. Exemplary."—Bruce Bastin, author of Red River Blues: The Blues Tradition in the Southeast

"Meticulously researched and clearly written, with useful biographies of South Carolina musicians including James Brown, Bubber Miley, Jabbo and Clara Smith, Dizzy Gillespie, this book should be a model and a resource for jazz researchers everywhere. Using difficult-to-access public sources, Franklin corrects the birth dates of Rufus Jones, Arthur Prysock, and Willie Smith, and creates credible biographies of even the most obscure musicians. An impressive contribution to jazz history and surprisingly good reading."—Michael Ullman, author of Jazz Lives

"This groundbreaking encyclopedia by Benjamin Franklin V is paramount. It illuminates not only the critical relevance South Carolina has in the history of jazz and blues, but also the insights and information, through detailed research, that elucidates South Carolina as a profoundly crucial puzzle piece alongside New Orleans, Chicago, Kansas City and New York."—Harry Skoler, professor, Berklee College of Music