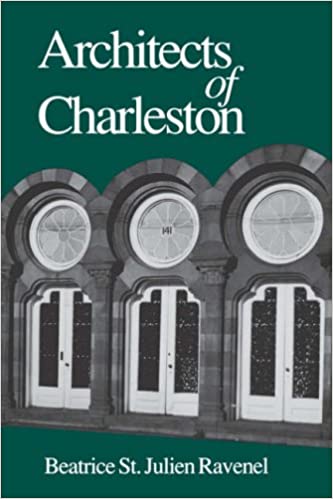 A detailed look at the historic city's architecture and designers

Through extensive use of the Charleston city archives, private papers and letters, primary writings, and secondary sources, Beatrice St. Julien Ravenel provides a detailed examination of the lives and accomplishments of the historic city's builders, engineers, and architects. Included are Robert Mills, famed for designing the Washington Monument, and such favorite Charleston sons as Gabriel Manigault and William Drayton. First published in 1945 by the Carolina Art Association as part of a group of publications on the city's cultural heritage, Architects of Charleston spans the period from Colonial times to the end of the antebellum era. Over one hundred photographs by Carl Julien emphasizes dramatically the architectural details of the structures while providing a pictorial records that parallels the narrative.

Beatrice St. Julien Ravenel (1904–1990) was an architectural historian and native of Charleston who lived through the era when Charlestonians first became active in preserving their rich historical legacy. She witnessed the establishment of the city's first historical district and the founding of the Historic Charleston Foundation and the Preservation Society of Charleston and was an active member in each of these organizations.

"The literature of American architecture is the richer for Miss Ravenel's praiseworthy contribution on the architects of Charleston, and the poorer because there are not more of its kind. . . . There should be inspiration in Miss Ravenel's work for other historians. . . . Miss Ravenel has made a distinguished contribution to the history of American architecture. Her book is the product of painstaking research, throughtful compilation, and skillful writing, and deserves a place in the libraries of student and admirers of our early buildings."—Thomas T. Waterman, Antiques