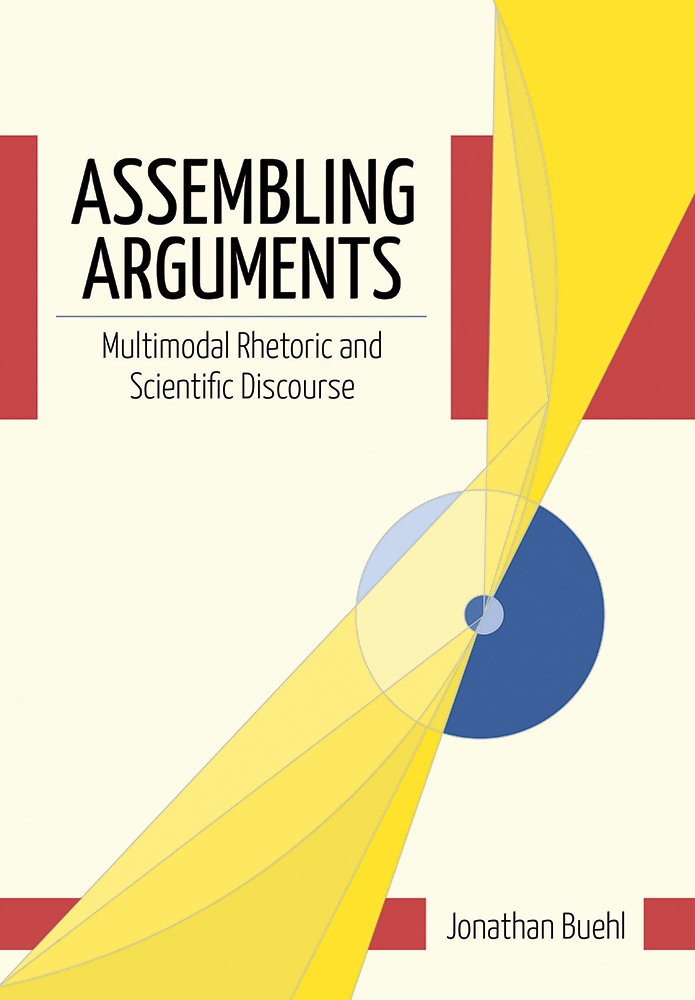 Scientific arguments—and indeed arguments in most disciplines—depend on visuals and other nontextual elements; however, most models of argumentation typically neglect these important resources. In Assembling Arguments, Jonathan Buehl offers a concentrated study of scientific argumentation that is sensitive to both the historical and theoretical possibilities of multimodal persuasion as it advances two related claims. First, rhetorical theory—when augmented with methods for reading nonverbal representations—can provide the analytical tools needed to understand and appreciate multimodal scientific arguments. Second, science—an inherently multimodal enterprise—offers ideal subjects for developing general theories of multimodal rhetoric applicable across fields.

In developing these claims, Buehl offers a comprehensive account of scientific persuasion as a multimodal process and develops a simple but productive framework for analyzing and teaching multimodal argumentation. Comprising five case studies, the book provides detailed treatments of argumentation in specific technological and historical contexts: argumentation before World War I, when images circulated by hand and by post; argumentation during the mid-twentieth century, when computers were beginning to bolster scientific inquiry but images remained hand-crafted products; and argumentation at the turn of the twenty-first century—an era of digital revolutions and digital fraud.

Given the growing enterprise of rhetorical studies and the field's contributions to communication practices in all disciplines, rhetoricians need a comprehensive rhetoric of science—one that accounts for the multimodal arguments that change our relation to reality. Assembling Arguments argues that such rhetoric should enable the interpretation of visual scientific arguments and improve science-writing instruction.


Jonathan Buehl is an associate professor of English and director of the Business and Technical Writing Program at Ohio State University. He has taught technical and scientific writing in academic and industrial contexts since 2004. Buehl's essays have appeared in College Composition and Communication and Technical Communication Quarterly.

"In its attempt to characterize scientific discourse as multi-modal Assembling Arguments seems to me both radical and right, radical because most of the literature on the subject is focused exclusively on the verbal and right because most of science is multi-modal as a casual glance at Science or Nature will immediately reveal."—Alan G. Gross, professor of communications emeritus, University of Minnesota-Twin Cities

"Assembling Arguments brings an impressive breadth of traditional and contemporary conceptual resources to bear on the question of how visual images contribute to scientific argumentation. Buehl rethinks rhetorical theory, enriches it with theories of cognition and visual perception, and applies his synthetic framework to a series of deeply engaged case studies of scientific argumentation, both historical and contemporary, involving both traditional and digital visual elements. It will be essential reading for those in both rhetoric of science and visual rhetoric"—Carolyn Miller, retired, North Carolina State University

"Jonathan Buehl has produced an important and timely investigation into the complex and multifaceted relationships between argumentation, science, multimodality, and ethics. He illuminates in impressive ways the rhetorical strategies and dynamics in a wide range of scientific cases, demonstrating the stakes of both science and rhetoric as disciplinary endeavors. Readers will especially appreciate the critical extension of his project into the pedagogical domain. This book will become required reading in rhetoric, composition, and communication programs."—Stuart A. Selber, Pennsylvania State University