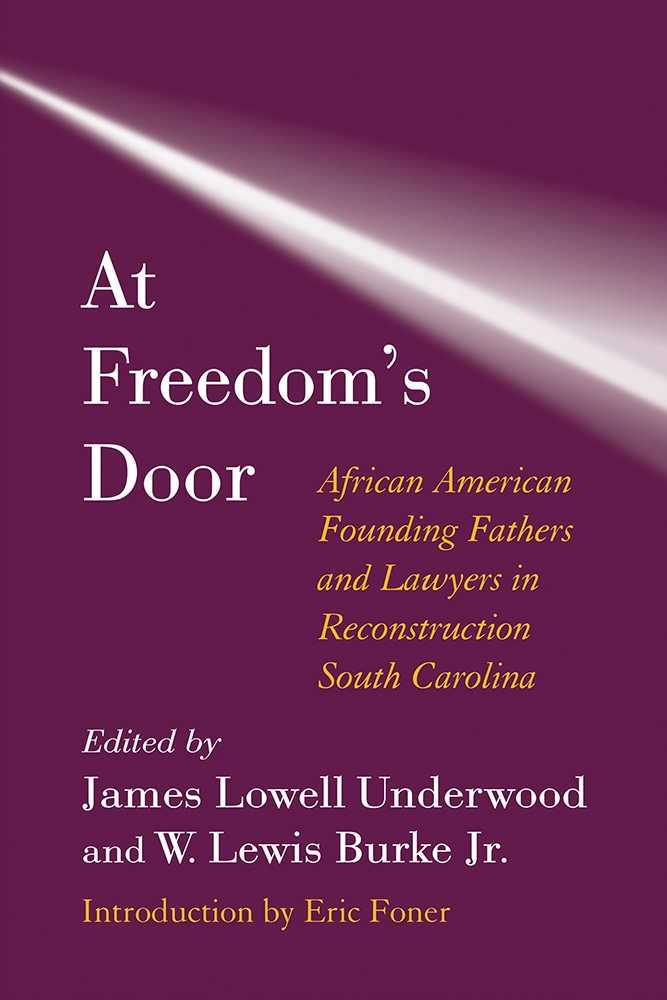 At Freedom's Door rescues from obscurity the identities, images, and long-term contributions of black leaders who helped to rebuild and reform South Carolina after the Civil War. In seven essays, the contributors to the volume explore the role of African Americans in government and law during Reconstruction in the Palmetto State. Bringing into focus a legacy not fully recognized, the contributors collectively demonstrate the legal acumen displayed by prominent African Americans and the impact these individuals had on the enactment of substantial constitutional reforms—many of which, though abandoned after Reconstruction, would be resurrected in the twentieth century.

James Lowell Underwood is Distinguished Professor Emeritus at the School of Law, University of South Carolina. He is the author of four volumes on the constitution of South Carolina and a nationally recognized book on civil litigation. Underwood lives in Columbia.

W. Lewis Burke is a professor of law at the University of South Carolina. He is the coeditor of Matthew J. Perry: The Man, His Times, and His Legacy and the author of many articles on legal history. Burke also lives in Columbia.

"This book makes a contribution that extends beyond the history of Reconstruction (or African Americans). For those who teach U.S. history survey courses, the essays in this collection provide a wealth of anecdotes and incidents that can help illuminate the period and put a human face on its events."—Journal of Southern History

"A surprisingly accessible history of politics and race in Reconstruction-era South Carolina."—Kirkus Reviews

"Skillfully linking social, legal, and political history to examine the growth of an African American legal community, At Freedom's Door is an impressive work of diligent scholarship, affording rare insight into a unique and underappreciated aspect of America's 'unfinished revolution' following the Civil War."—Bernard E. Powers, Jr., College of Charleston

"At Freedom's Door began as a remarkable two-day symposium to explore and honor the history of African American jurists in South Carolina. That symposium has now been wonderfull and permanently memorialized by this collection of essays. The product of careful, balanced scholarship that is accessible to experts and general readers alike, At Freedom's Door reveals aspects of southern, legal, and African American history that have long been englected but are essential to a sophisticated understanding of America's multiracial past, present, and future."—Randall Kennedy, Harvard Law School

"At Freedom's Door: African American Founding Fathers and Lawyers in Reconstruction South Carolina is a significant achievement. Identifying the heretofore mostly unremembered African American leaders of nineteenth-century South Carolina, the authors break important new ground in the history of the state. An appendix of information on all the African American attorneys in the nineteenth century is invaluable. Even more notably, the authors tell the stories of such men as Jonathan J. Wright and Francis L. Cardozo and how their influence lives on today."—Orvilla Vernon Burton, University of Illinois