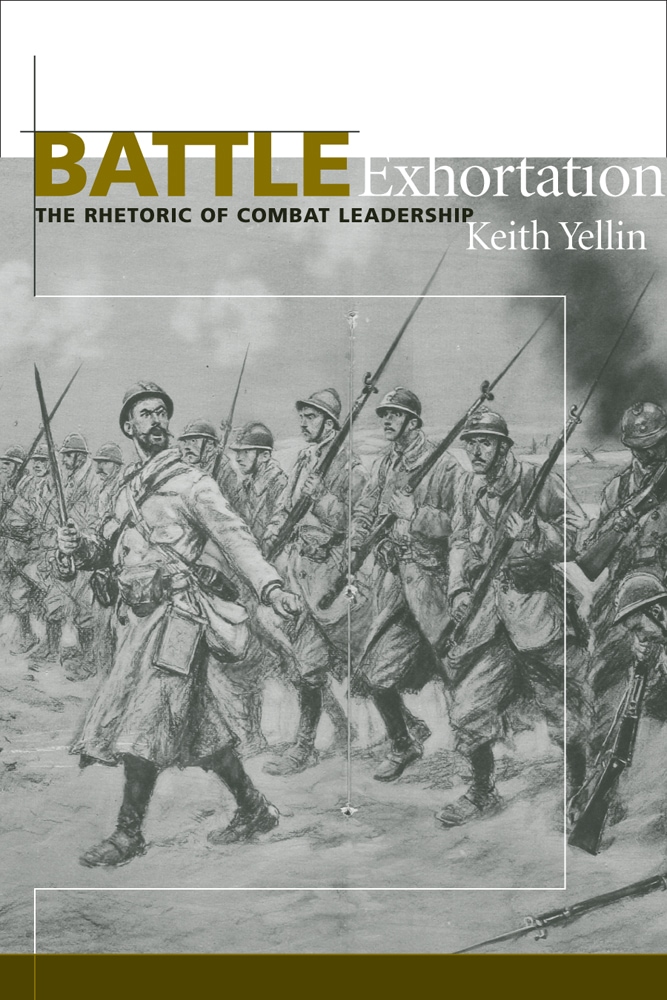 The Rhetoric of Combat Leadership

In this groundbreaking examination of the symbolic strategies used to prepare troops for imminent combat, Keith Yellin offers an interdisciplinary look into the rhetorical discourse that has played a prominent role in warfare, history, and popular culture from antiquity to the present day. Battle Exhortation focuses on one of the most time-honored forms of motivational communication, the encouraging speech of military commanders, to offer a pragmatic and scholarly evaluation of how persuasion contributes to combat leadership and military morale.

In illustrating his subject's conventions, Yellin draws from the Bible, classical Greece and Rome, Spanish conquistadors, and American military forces. Yellin is also interested in how audiences are socialized to recognize and anticipate this type of communication that precedes difficult team efforts. To account for this dimension he probes examples as diverse as Shakespeare's Henry V, George C. Scott's portrayal of General George S. Patton, and team sports.


Keith Yellin is a former U.S. Marine Corps captain, an independent scholar, and a corporate communicator in North Texas.

"Yellin has produced the most comprehensive study of battle exhortations that I've ever read. . . . Leaders at any level, in uniform or mufti, will benefit from this enjoyable work. It is a treasure that should grace the libraries of those who lead or aspire to lead."—Brigadier General Thomas Draude, USMC (Ret.)

"Battle Exhortation is a fascinating and wide-ranging book on a neglected, but important, topic: the rhetoric at work in the speeches of military commanders bracing their men for imminent combat. With its well-chosen examples spanning three millennia, its insightful readings, and interdisciplinary approach this lively study will be of great interest to students and scholars of military history, the literature of war, sociology, and rhetoric."—Peter Hunt, author of War, Peace, and Alliance in Demosthenes' Athens