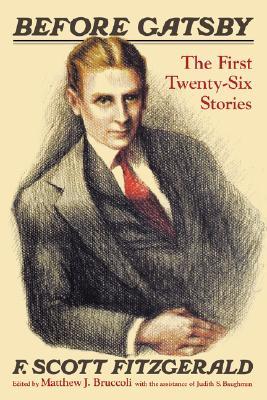 Fitzgerald's short fiction before he wrote the great American novel

For the first time, the short stories F. Scott Fitzgerald wrote before he began work on what would become his great American novel, The Great Gatsby, have been collected in one volume. Originally published between 1919 and 1923, these twenty-six stories—many of which appeared in the Saturday Evening Post and two earlier collections, Flappers and Philosophers and Tales of the Jazz Age—document the striking development of Fitzgerald's professionalism and short-story craftsmanship during his twenties. Edited by Matthew J. Bruccoli, the foremost expert on Fitzgerald, the annotated and illustrated collection reproduces period artwork—including magazine illustrations, advertisements, and photographs—that provides a rich contextual backdrop for understanding the ways American life shaped Fitzgerald's fiction.