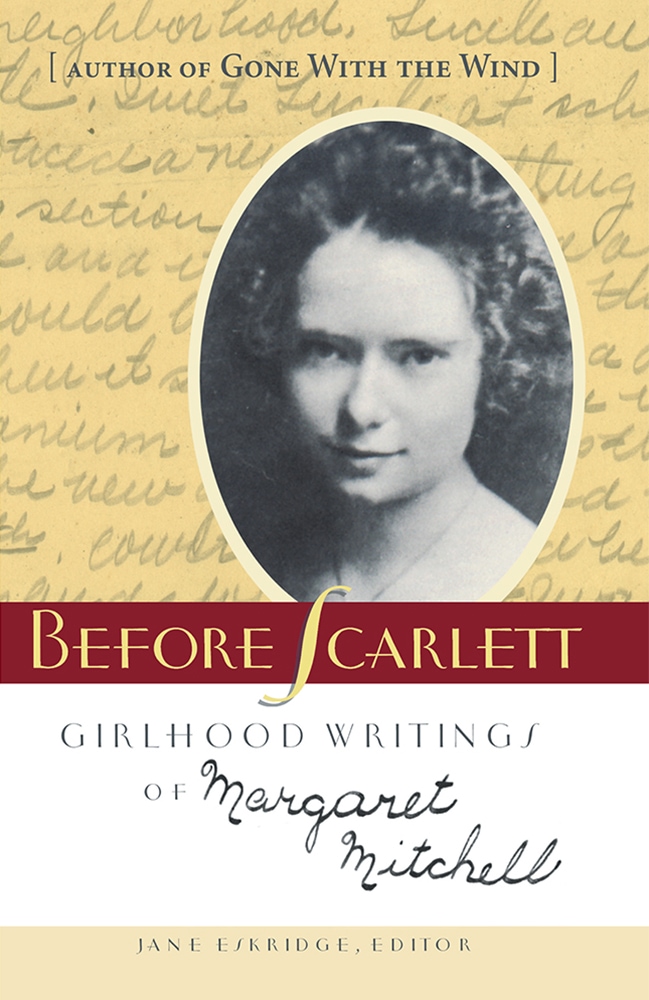 Discovered one sultry summer in an Atlanta basement full of sixty years' worth of accumulated debris, the writings of a young Margaret Mitchell reveal a prodigious and inspirational talent for such a young girl. The writer, who would later pen the best-selling book of all time after the Bible (and one that still sells more than 200,000 copies annually), was a precocious, imaginative, headstrong rebel and yet as distracted by everyday concerns about parental approval and social insecurities as any child. Nevertheless, as shown in the pages of Before Scarlett, Mitchell displayed an amazing talent through her writing of letters, journals, short stories, and one-act plays (later staged in her midtown Atlanta home). From westerns and shipwreck tales to stories of scalawags and musings on her best friends and boys, Mitchell demonstrated a finesse for challenging authority and striking out on her own—personality traits not surprising for the society debutante who was later rejected by the Junior League of Atlanta because of a racy dance she performed at one of their balls and the author who would later cope with the pressures of international fame measured against her personal philanthropic efforts for African American causes in racially divided Atlanta. Mitchell's is a story of youthful independence and talent. Fully illustrated with twenty-eight recently discovered writings, this collection is perfect for any young writer, or anyone interested in the early writings of one of America's most popular authors.

"It is amazing to think that a girl at such a tender age wrote these stories."—Richmond Times-Dispatch

"Like discovering the secret diary of Scarlett O'Hara."—Atlanta Journal-Constitution